Harvard economist Dani Rodrik has some unambiguous words for who he calls "globalization's cheerleaders": they are the biggest threat to globalization.

In particular, Rodrik, writing in the FT, says, 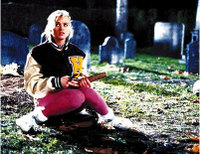 Because the greatest obstacle to sustaining a healthy, globalised economy is no longer insufficient openness...no country's growth prospects are significantly constrained by a lack of openness in the international economy. Even if the Doha trade round fails, poor countries will have enough access to rich country markets to achieve what countries such as China, Vietnam and India have been able to do. Closed markets may have been a fundamental problem during the 1950s and 1960s; it is hard to believe they still are. The greatest risk to globalisation is elsewhere. It lies in the prospect that national governments' room for manoeuvre will shrink to such levels that they will be unable to deliver the policies that their electorates want and need in order to buy into the global economy.

Because markets are already so open, Rodrik proposes that countries negotiate rather around increased policy space. Sounds like pretty smart advice to me.