Right on the heels of the tainted Chinese pet food episode and rising fears of contaminated food imports from China, it now appears that China is playing the same cards against the United States, claiming that some U.S. health supplements and raisins failed to meet Chinese safety regulations. 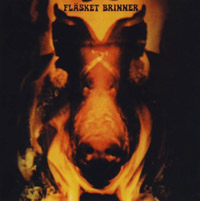 Regardless of whether or not you think this move by China results from retaliatory political showmanship or genuine, rising concern about food safety in the wake of the corresponding furor among the U.S. public, this kind of quid-pro-quo blame game illustrates a point that fair trade activists have been making for years.  That is, replacing a locally controlled food supply with a globalized food market operating under the current rules of the game (under which tight food safety standards or bans are attacked as "barriers to trade") creates a downward pressure on food safety standards worldwide and takes away communities' rights to determine what is in the food they eat.  Of course, this is in addition to the economic and social effects of global trade rules that favor massively industrialized food producers, and the unintended economic side effects of a tightly interconnected global economy (like the effect of a Chinese pork shortage on inflation in the developed West).

You don't have to look far for examples, from Europe's ban on artificial beef hormones ruled WTO-illegal, to food imports in the United States not being subject to U.S. inspection standards yet receiving USDA stamped approval anyway, to Saudi Arabia's reluctance to enter the WTO because of concerns that they would not be able to prevent the importation of pork under WTO market access rules.

A helpful concept in this debate is the idea of subsidiarity: regarding food, the principle of subsidiarity would mandate that to whatever extent local farmers and producers can meet the needs of their community, the rules should encourage them to do so, instead of subsidizing massive levels of trade for trade's sake (or for the sake of profits for multinational industrialized food producers).  This idea is explained in greater detail by the International Forum on Globalization in their book Alternatives to Economic Globalization.