Home Archives Subscribe Back to TradeWatch.org
The Offshoring of Hope
Trade on the Trail, Part Cinco

Nine Inch Nails just announced that they're following Radiohead's lead and making their music available for download at whatever price fans want to pay. Conversation over at Dani Rodrik's blog has already spoken about some of the economic issues involved. 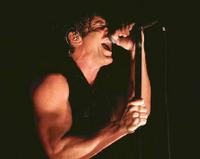 This is huge. Technological change is unraveling the entertainment industry's ability to use protectionist devices like copyright and patents to have the nanny state enforce their monopolies. As Dean Baker writes:

Whether or not copyright protection is a desirable public policy, it is undeniably a huge government intervention in the market. In the case of prescription drugs, patent monopolies raise the average price of protected drugs by more than 200 percent, and in some cases by as much as 5,000 percent. In the case of copyright protection, items like software and recorded music and movies that would otherwise be available at zero cost over the Internet, can instead be sold for hundreds of dollars. Clearly these forms of protection are substantial interventions in the economy.

The fact that copyright and patent protections are forms of intervention does not mean that they are bad, but it is essential to at least recognize this fact in order to assess their merits. Suppose we eliminated all welfare to needy mothers in the form of cash benefits from the government, and instead assigned them the right to control traffic intersections in major cities. Then we allowed these poor mothers to charge people to make turns from the intersections. These women could have the police arrest anyone who crosses the intersection under their control without paying them their royalty, just as Bill Gates will have the police arrest anyone who sells Windows without paying him a royalty. The royalties they collect could provide enough income to support them without any money from the government. In this way, we could get rid of welfare - the classic big government social program — and still ensure that poor mothers have the income needed to support their family.

But trade agreements like NAFTA and the WTO, although often described as "free trade" agreements, in fact contain provisions that extend the reach and length of government intervention on behalf of copyright holders. This is not surprising, since these industries are among the top lobbyists for NAFTA-style trade pacts.

Progressives should reject these NAFTA expansions to Peru and other countries. These deals will increase patent protectionism at the expense of the poor and sick in Peru. And while copyrights may seem like a less burning issue, pacts like CAFTA have already cut away at free trade in Central America by forcing a crackdown on vendors engaging in free trade in music and computer programs, much as Nine Inch Nails and Radiohead have done to the delight of their fans.