Home Archives Subscribe Back to TradeWatch.org
Freedom from Progress
Reasons 13,456-13,460 to oppose the Colombia FTA

Defenders of the trade status quo sometimes like to point out that the economic argument in favor of free trade is identical whether you're talking about trade between countries, individuals or state lines. And that's true, so long as you believe the models and are willing to dismiss the notion of a national interest. Some interest gets protected at the expense of another: there may be a surplus created, but who can say where this goes without looking at specific distributions?

In the latest news off of Roll Call, it's Botox that's getting protected:

Those wrinkle-busting Botox injections can cost $500 a squirt, but if you were waiting for the price to come down when a generic version hits the market, well, get used to your frown lines.

The measure, which would create a pathway for generic versions of biotech drugs, exempts 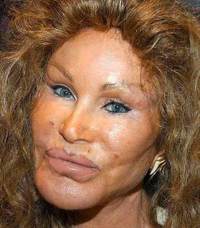 pharmaceuticals that contain “select agents and toxins,” such as Botox’s botulinum toxin type A, mainly on the the grounds of national security, according to people on both sides of the issue...

A lobbyist for the generics industry said the national security argument doesn’t hold up. “They spin it as a national security issue — that botulism could be used in terrorist plots,” said this lobbyist. “I don’t know how in the hell they justify how generic botox is any more of a terrorist threat than brand-name Botox.”

The fact that this is a protectionist measure that is not free trade that benefits Botox producers at the expense of other segments of society is not discussed in the article. Barton, who voted against fair trade on 19 out of 20 votes, says on his website that "I firmly believe that free and open trade benefits all people." Eshoo claims to have a good trade record because she supports labor standards and trade adjustment assistance, but she was only marginally better and voted against fair trade on 15 out of 19 occasions, including through her votes for NAFTA, WTO, and the Peru FTA. Isn't this discrepancy worth a mention?

On the other hand, as our own Health Research Group at Public Citizen has pointed out, to the extent that Botox is dangerous, maybe it's a good thing that it's made out of reach for more people!

Reloxin, also known as Dysport has been used for years in other countries. I don't believe the FDA is doing patients any good by delaying the use of a drug in the United States that has already been used millions of times in other countries. The toxin is the same. I can't blame Allergan for hoping that the product will be delayed. What I wonder is whether or not there will be a price war when Reloxin does become available.

My sister is planning to start getting botox in Seattle on a bi-monthly basis from http://www.rejuvenationwa.com/botox/. She really wants to get rid of her wrinkles.

Well I don't think I will use botox but I guess people still use it.