Home Archives Subscribe Back to TradeWatch.org
Your baby should put poison in her mouth
Book Recommendation: Evil Hour in Colombia

Who will play that funky music in our electoral future?

We don't get into election analysis here beyond the trade issue. But a couple of months ago, my hometown pride swelled as the extra long primary season took candidates into parts of the country like my home Kentucky that rarely figure into national politics.

That was a few months ago. Given the way things have turned out in Appalachian states, however, I now hear the daily quips about from East Coast "liberal" friends, acquaintances and "fr-enemies" that range 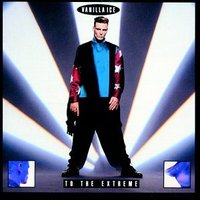 from ridicule to vitriol about the "backwater's" 15 minutes of fame. There has been a "discovery of the other among us" - the white working class (WWC) - as I get to hear any number of jokes about incest and hicks. Some politicos are choosing to pathologize the WWC, while some suggest than even the whiteys know not the full depth of backwardness that is within them. (And, btw, all the candidates need to leave the amateur sociology to the pros.)

Some of the more sophisticated analysts have taken to asking whether the WWC is even needed for electoral purposes anymore. Alan Abramowitz and Ruy Teixeira have written a paper entitled "The Decline of the White Working Class and the Rise of a Mass Upper Middle Class." This is a useful companion piece to Ruy's 2000 book with Joel Rogers entitled "America's Forgotten Majority: Why the White Working Class Still Matters." They look at the work of Larry Bartels and Thomas Frank, and offer some commentary on an emerging GOP strategy to attract WWC voters authored by Ross Douthat and Reihan Salam. Among the main findings of the more recent paper:

In short, by the absolute benchmarks used in the paper, white people have been on the move. The implication is that candidates, while they cannot ignore the WWC, do not need them as much as they used to. Messages and policies should be crafted to target some coalition of the poor, minorities, and richer whites, including, in Alan and Ruy's terms, more "aspirational" rather than "downtrodden" whites.

But the analysis ain't perfect. One problem is that Alan and Ruy do not take into account relative benchmarks, such as the skyrocketing income inequality. According to the leading analysis by Piketty and Saez, the richest 10 percent of Americans are taking nearly half of the economic pie, while the top 1 percent is taking over a sixth. Wealthy individuals’ share of national income was stable for the first several decades after World War II, but shot up 50 percent for the richest 10 percent and 150 percent for the richest 1 percent between 1973 and 2006. These trends are bound to affect workers' attitudes, whether they work for a steel mill or an Internet startup.

Another problem has to do with causality. The WWC not voting for Democrats from Hubert Humphrey to John Kerry may say more about candidates like Kerry than about the WWC's inherent political orientation. Without a control group of populist candidates, it is impossible to know how people might have voted.

Finally, Americans have likely always been both aspirational and downtrodden. But since pollsters did not employ these survey frames from the 1940s onward, it is impossible to know if Americans of any race or class are becoming less responsive to political messages that are more invested with conflict and resentment.

As we've shown elsewhere, there is more than an ample basis to construct a national project on the basis of our shared interests as consumers and workers. Not only might that be the right thing to do, but it can also be the electorally smart thing to do.