Who you calling fatty, fatty?

Indian officials and analysts had some choice words for President Bush (and the US of A) this week, quoted in the NYT, after the U.S. government seemed to blame India for the increase in global food prices:

Pradeep S. Mehta, secretary general of the center for international trade, economics and the environment of CUTS International, an independent research institute based here, said that if Americans slimmed down to the weight of middle-class Indians, “many hungry people in sub-Saharan Africa would find food on their plates.” 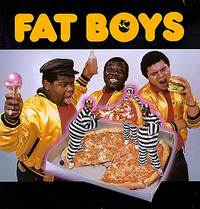 He added, archly, that the money spent in the United States on liposuction to get rid of fat from excess consumption could be funneled to feed famine victims...

In response to [Bush's] remarks, a ranking official in the commerce ministry, Jairam Ramesh, told the Press Trust of India, “George Bush has never been known for his knowledge of economics,” and the remarks proved again how “comprehensively wrong” he is...

Indians from the prime minister’s office on down frequently point out that per capita, India uses far lower quantities of commodities and pollutes far less than nations in the West, particularly the United States.

As humorous and undiplomatic as some of these exchanges might be, they obscure the underlying cause of the current food crisis: the erosion of food sovereignty and managed food systems by decades of neoliberalism, the WTO in particular. As our friends at the University of Tennessee documented in their groundbreaking synthesis of farm policy from a few years ago:

WTO promotes policy choices that rely on the assumption that some “invisible hand” in agricultural markets will move the sector -- prices, supply, demand, income, structure, distribution, and the works -- to a higher plane if left to the devices of the free market.

Ending today's crisis must become the most urgent mandate of those who write the rules governing domestic and international agriculture and trade policy. The way out lies not in more of the same but in a balanced application of policy measures left discarded in our headlong rush to an imagined “free market” in agriculture.

Farmer prosperity in the U.S. and the developing world is not only possible, it is achievable. It can be ours at less cost and within a shorter time span than the hoped-for benefits of liberalized agricultural trade promised by the wealthy nations of the world to their developing country counterparts. The choice is ours to make: whose future will be protected, and what kind of global food system will be the outcome of U.S. agricultural policy?