(Disclosure: Global Trade Watch has no preference among congressional candidates.)

Some of you may recall that Rep. Ed Towns (D-N.Y.) was one of the CAFTA 15, in reference to the 15 Dems who betrayed their party's base and supported the NAFTA expansion to Central America back in 2005. 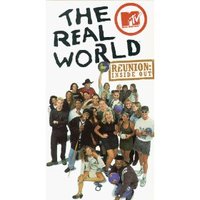 Towns attracted several progressive challengers in the 2006 elections, and skated by with under 50% of the vote in a three-way primary that included Charles Barron and Kevin Powell from MTV's Real World's first season.

Well, Powell is back, and going after Towns again. And apparently, he has the support of Chris Rock, Dave Chappelle, and a bunch of other incredible Brooklyn residents. We'll stay tuned to see what happens.

I remember Kevin's season of the Real World. Fantastic.

It is good to see him continuing his fight for progressive issues.