Home Archives Subscribe Back to TradeWatch.org
Use your Freedom of Choice: See Battle in Seattle
Standing Firm and Shouting Down the FTA Push... & Its Wacky Backers

GJ Euros Rocking the Party, and the Booze

The French global justice movement is shaking up the electoral picture. Here from the NYT:

Olivier Besancenot, 34, is the extremely adept leader of the hard French left, a beacon for disaffected young members of the Socialist Party and the remnants of the once-powerful Communists. Having already run twice for the French presidency, and as an articulate presence on news and talk shows, Mr. Besancenot has higher favorability ratings in some polls than established politicians like Ségolène Royal, the Socialist Party presidential candidate who lost last year to the conservative Nicolas Sarkozy... 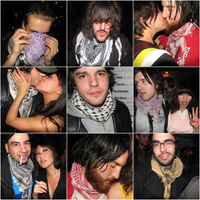 So he is trying to gather other small, left-wing parties into a new grouping: the New Anti-Capitalist Party, which is intended to provide an umbrella voting list for those unhappy with the impact of capitalism and globalization on the poor, the environment, the third and fourth worlds, and on the rights of women and homosexuals. The new party intends to run in the elections for the European Parliament next June.

“We aren’t soldier-monks,” he said. “We are the exploited, oppressed, the young and the salaried, who don’t whine but want to be respected — and for that, at some point, we lift our heads through engagement.”

And don't think the struggle is only at the ballot box. The German global justice movement helping out a party of a hoppier kind. Again from the NYT:

Beer from the state-owned brewery here deep in the Black Forest, founded as part of the St. Blasien monastery in 1791, has grown into a surprise hit in big cities around the country, and nowhere more so than in Berlin. Rothaus has managed to thrive in an era dominated by multinational beverage concerns, on little more than crisp beer and its quaint, old-fashioned image...

Every once in a while, a product captures the zeitgeist of a nation. Rothaus’s quirks — its famous brown bottles of Pilsener are known as Tannenzäpfle, or “little fir cones” — and even the fact that it is wholly owned by the state of Baden-Württemberg, lends it a sense of homeyness in a rootless era.

That, in turn, has given it credibility with the anti-corporate, anti-globalization crowd. In Germany, where unrestrained capitalism is viewed with deep mistrust and populism is on the upswing, that is not such a small audience.

“It has to do with tradition. They haven’t sold out,” said Basti Wisbar, 31, a bartender at Waldohreule, a bar in the trendy but traditionally counterculture neighborhood of Kreuzberg in Berlin. “I could never identify myself with a beer like Beck’s,” said Mr. Wisbar, referring to Germany’s top export, which belongs to the Belgian mega-brewer InBev, which  bought Anheuser-Busch over the summer for $52 billion.