Recent events bode well for Fair Trade proponents in the US, if less well for striking sugarcane workers in Colombia - who need your support. For starters, the broad public outcry against the laissez-faire fundamentalist attitudes that have set off the financial crisis should prove to the leadership the dangers of imposing any further liberalization and deregulation on the international trade front via FTAs. But there are at least three other reasons:

1&2) Congress this week passed extensions of both the Trade Adjustment Assistance (TAA) and Andean Trade Preferences (APTDEA) programs, ending the game of chicken that certain anti-fair trade Members of Congress were playing to attempt to force votes on pending NAFTA expansions, possibly in a lame-duck session. Well no more!

In terms of TAA, they hoped that the public would be silly enough to let them tether the fate of the workers they've displaced with their unfair policies to passing expansions of the very same failed policies. Its sinister strategy that reveals their level of contempt for the American worker and their intelligence. With ATPDEA,the livelihoods of poor Andean farmers the balance, and luckily the anti-fair traders bluff of removing the incentives to grow anything other than illicit drug crops, has been called, and it looks like the FTA won't see the light of day for some time.

Hooray for an end to that foolhardiness and hypocrisy! 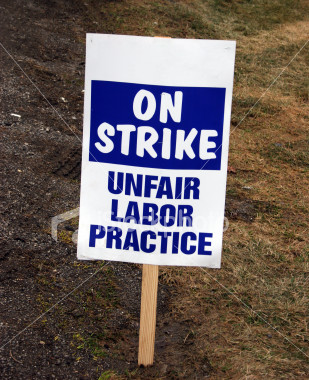 In the process, they highlight the blatant hypocrisy of the Uribe government who just prior to his police attacking these workers embarked on a pro-FTA lobby trip to the US to highlight the progress made in protecting labor human rights in Colombia.  There's the full detail after the jump, but be sure to take action to condemn the hypocrisy and protect the workers here.

The Colombian government's flashy PR campaign can't change the simple fact that their word is as only as good as their deed. With these and more bad deeds constantly coming to light, looks like they are out of luck passing off their lies trying to pass the FTA.

Even though Colombian President Uribe just visited the US promoting more NAFTA deals and championing the 'great strides' made by his government engendering respect of labor laws, his National Police are suppressing a strike by 18,000 sugarcane workers.

At least 40 workers have been injured - some gravely - by the police raids and agents have warned that this won't be the least of it unless the workers give in. Furthermore, government officials have employed their old standby tactic of calling any who opposes them a terrorist.

Its no secret that the Colombian efforts to pass the US-Colombia FTA have run afoul of the facts, but I'm starting to think that Orwell invented the term doublespeak in anticipation of the current conservative regimes like Uribe's. But this bold hypocrisy even more clearly illustrates what 'strong defense of labor rights' mean to Uribe and his ilk.

The cane workers strike is something of a microcosm of what all is wrong with the US-Colombia FTA. Working with cane is one of the most physically punishing, one of the worst jobs in the hemisphere where rights groups decry the conditions as modern day slavery.

But the sugarcane industry is one of those most expected to benefit from an FTA. Given the unwavering intransigence of the plantation owners and their unwavering support from Colombian government equally bent on undermining the strike, one has to wonder why they aren't even trying to pretend that the workers will benefit in order to promote the FTA. The Colombian government has facilitated this exploitation through providing for manipulative contracting arrangements that force workers to sign away the few legal protections they do enjoy on paper have in order to be hired in the cane industry.

They claim that expanded sugarcane exports will grow the economy. What they mean is that it will help a deeply exploitative industry expand its domination over poor workers who will share none of the benefits, but will be threatened by paramilitaries  or the regular army when they demand their rights.

The US - Colombia FTA will only aggravate an already grave situation.