Home Archives Subscribe Back to TradeWatch.org
"I want the WTO to tell us we can't do this... because then we won't have a WTO."
Rep. Becerra Offered Trade Representative Post

Congress stands in recess, leaving for leftovers the unsightly US-Colombia FTA. Like so much canned cranberry, no one could quite stomach it. The mold it came from was just too disconcerting, to say the least. 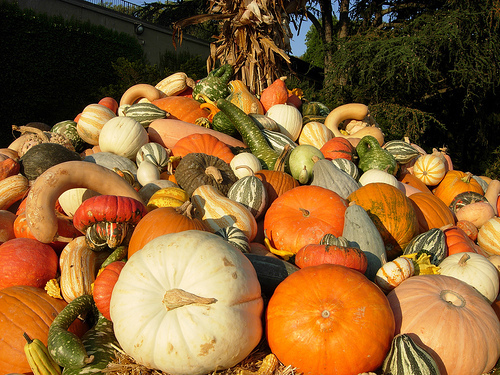 Although Congress will likely reconvene in December to reconsider a rescue package for US automakers this NAFTA expansion, stuffed full of juicy goodness for corporate interests, is pretty much mashed (yes, like potatoes).

Let's take a moment to catch up on the cornucopia of reasons why and evidence that the Colombia FTA won't get a seat at the big kids' table during this Congress:

One: The FTA should not come up during an lame-duck session of Congress. Despite NAFTA backers' hopes that Congress buck voter mandate and popular opinion  when accountability is least, it just ain't happening. First Rahm Emanuel said so, now, Charlie Rangel. From Inside US Trade on November 21st (subscription only):

According to Rangel, no vote was scheduled on the Colombia FTA for a lame-duck session because it was clear to members that it was opposed by Obama.

“One thing we knew is that we were not going to rush out there and cut a deal with President Bush that the incoming president didn’t want as a matter of fact ... we tried not to do anything that was inconsistent with where he wants to take the country,” he said.

But there is still a whole gaggle of Turkeys scrambling around like a different sort of poultry does with its head chopped off, gobbling about how more market fundamentalist trade policy will pull us out of this market fundamentalist-caused economic crises. Inside US Trade goes on to tell that Colombian officials are still lobbying hard for the lame-duck vote, and then The Hill covers the quixotic quest of the still Turkey in Chief. 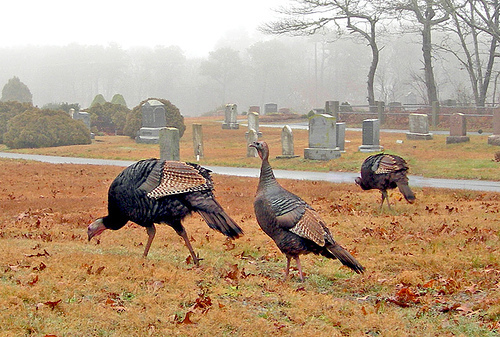 Two: Even if they did get the FTA a seat at the big kids table, the timing couldn't be much worse. Uribe's government is embroiled in gravy boat-loads of scandal, even for them. Points 3-9 lay out the scandals and other mounting pressures helping Congress leave the FTA forgotten at the back of the fridge.

Three: Uribe himself can't seem to stay out of scandals. Yes plural. Like your inlaws' kids, they seem to keep multiplying. Allegations resurfaced that he himself directly ordered the massacre at "El Aro' in 1997 (El Espectador or a rough translation). Uribe's family has also been implicated in a massive pyramid scheme whose recent collapse caused riots and are consuming Colombia's headlines. He says his sons are innocent and he will cooperate with the investigation, because he's as well known for that as Aunt Agnes is for the yumminess of that fruit cake. See below for more on his 'cooperation' with other investigations.

Four: Recent revelations show that extrajudicial executions by Uribe's military are systemic. This is just a kinder way of saying the military massacring civilians and passing them off as enemy combatants, all to show 'progress' against guerrillas. This is actually how they win promotions! The US Office on Colombia has all the details.

Five: This scandal finally toppled Uribe's ally, Gen. Montoya, long suspected for his paramilitary ties, as reported in this recent Washington Post article about President Alvaro Uribe obstructing investigations of paramilitaries. Huh... Why could that possibly be?

Six: Amnesty International released a report showing overall violence on the rise in Colombia, exposing the white-washing of the Colombian Embassy and the Uribe Government. Human Rights Watch agreed, and wrote to Dem Leadership opposing consideration of the FTA on similar grounds. 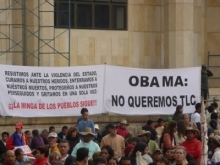 Seven: As if all that wasn't enough, a new GAO report says that Plan Colombia is failing. So wait. Even if I could ignore the fact that FTA-caused displacement will increase incentives for drug production and fuel armed groups and thought we just had to pass a trade deal in exchange for all Colombia's success in the war on drugs, what now if even the GAO says its just wishbonefull thinking? And what about how we treat Bolivia, if Colombian drug crops are up 15%?

Eight: The Colombian indigenous and labor movements continue to mobilize for their rights and against the FTA. The indigenous MINGA is keeping the pressure on Uribe, and even on Obama. (No Queremos TLC = We Don't Want the FTA). Also, cane workers called off a 56-day strike having won most demands, except for the elimination of phony cooperatives, the one thing the Uribe government could have done in this case to improve labor rights.

Nine: As if all that wasn't enough, Obama has posted some of his commitments from the primaries about renegotiating NAFTA and a new directions on trade up on his transition website!

Overall, many of these ingredients are pretty foul, but all in the mixing bowl, they make for NO Colombia FTA. That part at least is a recipe for some happy holidays indeed.