Home Archives Subscribe Back to TradeWatch.org
Editorials or Epitaphs?
As the Dust Starts to Settle...

With Begich, we're up to 41 new fair traders!

It was just announced that Anchorage mayor Mark Begich (D) defeated Sen. Ted Stevens (R) for the Alaska Senate seat. Begich made strong fair-trade statements on his website, and his win brings our total new fair traders in Congress up to 41, or a net shift of 33, in the 2008 elections. This means that the 2006-2008 shift is up to 70.

With at least six races still uncalled, there may still be changes to our total count. But you can find the latest 58-page report and 37-page appendix on our website, which includes the Alaska races. As we state in our newly updated report:

In conservative Alaska, Democrat Mark Begich defeated Republican incumbent Sen. Ted Stevens with a platform that called for trade reform. Of course Stevens’ ethics scandal was the prominent focus of the campaign in the closing months. However, the trade issue played with Alaska’s conservative voters in a similar way as seen elsewhere in the west. Alaska’s economy bears little resemblance to that of the Rustbelt. Employment is 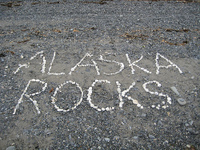 concentrated in service and extractive industries that are rarely affected by imports in the same way foreign textile imports might affect that domestic industry. But concerns over local and national control of policy are important, and in fact Stevens and his House colleague Rep. Don Young (R-Alaska) had a history of opposing the WTO and other trade policies based on sovereignty concerns. Neither, however, had voted the fair-trade position since 2003.

Begich’s campaign sensed an opening, and his website said, “NAFTA has not worked as predicted, costing an estimated 1 million American jobs. NAFTA, CAFTA and the bilateral free trade agreements negotiated by the Bush administration have helped big business while hurting middle class Americans. Mark believes fair trade policies should include meaningful and fully enforceable consumer, labor, environmental and human rights protections. He favors a tax code that rewards companies for creating jobs in America, not that take those jobs abroad. International trade can be good for Americans, and is a vital part of Alaska’s economy, but it needs to serve middle class families, not just multi-national corporations.”

[Thanks CitizenChunk for taking the awesome photo. Click here for some more great ones.]

Word of the fair-trade election victory is getting around. Joseph Schatz at CQ has written about it, Bridges over in the EU ran something on it, David Sirota has written about it his latest column and elsewhere, and Bill Lambrecht at The St. Louis Post Dispatch also weighed in. In a wire story by Jim Abrams that is making the rounds at the NYT, WP, IHT, Guardian, Newsweek and elsewhere:

The election of Barack Obama has delivered a decisive victory to "fair traders," mainly Democrats and their allies who for years have contended that the free-trade policies of past administrations were recipes for American job losses and environmental degradation.

Obama's win marks the first time in modern American history "that a candidate advocating a shift in our trade policies in a decisively pro-worker, pro-consumer, pro-environment direction has been elected president," Public Citizen's Global Trade Watch, an advocacy group that is critical of free trade agreements, said in a report.

On the other side, Dan Griswold, director of the center for trade policies at the pro-trade Cato Institute, was equally stark in his assessment: "We are going to see the U.S. retreat from its long-standing leadership in the global economy."

Of course, there is both life and leadership after the WTO model. One way that climate groups are suggesting Obama could claim the mantle of global leadership - and rebuild significant good will in developing nations - is to lead a global effort to establish a "green carve-out" in WTO rules that would allow countries to pursue cap-and-trade programs, green subsidies and procurement, and other carbon-reducing policies without being subject to WTO challenge or sanction.

A similar move has already been made on public-health matters in 2001. As we suggest in a recent fact sheet, an Obama-led green overhaul of the WTO would be one way to stop to avoid the planetary heat, and stop the WTO chill... not to mention a great first step on global leadership by putting climate ahead of commerce.

[UPDATE: For more on this issue, we've re-released our analysis of how WTO rules will need to be overhauled to accomodate Obama's climate and health plans. See our new press release after the jump.]

In the wake of the conclusion of the 2008 U.S. presidential election, we would like to re-highlight this very relevant report, originally published in February of this year:

The changes were detailed in a report, "Presidential Candidates' Key Proposals on Health Care and Climate Will Require WTO Modifications, Overreach of WTO Highlighted by Potential Conflicts with Candidates’ Non-Trade Proposals," available for download here (PDF).

"Growing public ire about our current trade and globalization policies' damage to Americans' economic prospects has played an enormously important role in this election, with most candidates committing to reform NAFTA," said Lori Wallach, director of Public Citizen's Global Trade Watch division. "But candidates and voters have little idea that some of the candidates' domestic policy priorities on health care and climate change could be limited by the overreach of so-called trade agreements like the World Trade Organization. The need for a comprehensive overhaul of the WTO could not be more urgent."

Read the full press release, or the entire report (both PDF downloads).