Home Archives Subscribe Back to TradeWatch.org
Corporate lobby group attempts to debunk our study
With Begich, we're up to 41 new fair traders!

Despite all indications that the US-Colombia FTA is actually DOA, ideologically driven editorial boards like the New York Times', the Washington Post's and the LA Times' continue begging for Congress to snub their noses at the fair-trade electoral mandate and to take up the unpopular and wildly controversial trade pact during this week's lame duck session of Congress. 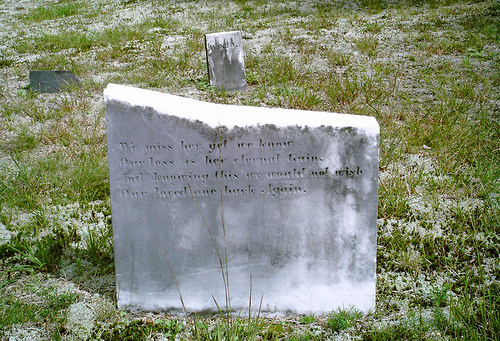 Seems that Bush is not the only one with a childish obsession with this trade deal, one that even pro-FTA economists say will have minimal impact on the overall US economy. Even according to Forbes, this FTA barely stand a chance this year. As the St. Petersburg Times points out, the FTA's chances aren't aided by the fact the Uribe government is in the throes of a damning and still unfolding scandal  regarding extrajudicial executions of innocent civilians, carried out in cold blood by his armed forces. The resulting  mass firings and resignations of military leaders - many for whom Uribe once vouched - for human rights atrocities, shows that Uribe and his allies are rotten to core (look out for a entire post on this soon).

What's more, most serious observers, including Colombia's own Agriculture Ministry, say implementing the FTA would displace millions of rural farmers, fuel immigration, increase coca production, and send a wave of new recruits to illegal armed groups. For those counting, thats no less than three ways that this commercial policy would undermine other stated US priorities: curbing immigration, decreasing drug supply, and establishing a peaceful, democratic Colombia.

But these fine opinion-shapers just won't let the facts get in the way of their ideology. The NYT piece ends by saying that:

Failing to approve this trade agreement would do nothing to improve Colombia’s human-rights record. Walking away from it now would alienate many people in Colombia and undermine Washington’s credibility.

Do they imagine that supporting discredited policies that fuel conflict and accompanying human rights violations does anything BUT undermine and alienate broad swaths of Colombian Society, not to mention their own credibility as a news source?

It certainly won't bode well for them when the deal's six feet under as many are predicting. I hope they find a way to engrave the text of all these editorials (plus the previous ones) on one single tombstone! Its not entirely done just yet, but I can't wait to finally see it:

Members of Congress Linda Sanchez and Phil Hare of the House Trade Working Group are helping lead the fight and keep the US-Colombia FTA bucket kicked with this Op-Ed in today's Politico. They write:

Now that the election is over, the talk in Washington has shifted to a possible lame-duck session of Congress and the urgent need to revitalize our economy. Democrats have argued for investing in our crumbling infrastructure and providing relief to the struggling U.S. auto industry. But President George W. Bush has instead insisted on the U.S.-Colombia Free Trade Agreement, a measure that would only dig us deeper into recession while sending a terrible message to the world about our commitment to basic human rights.

The election of Barack Obama as president did wonders to improve America’s reputation in the world, which has been tattered by the policies of the past eight years. So what message would it send if, within two weeks of that historic moment, we approved a trade agreement with a nation where joining a union can literally cost you your life?

With 41 new Fair Traders coming to town, we might just hear their strong words in the Colombia FTA's coming eulogy! Lets all keep knocking on wood, ok?