Here at EOT, we were disappointed that - unlike many gubernatorial candidates in the '06 races - now-Gov. Sarah Palin (R-Alaska) never clarified her views on NAFTA or the WTO - big issues in a state very much concerned with sovereignty and local control.

And we weren't much happier when these views did not become clarified in the vice-presidential debates, whereas now-VP-elect Joe Biden had made a series of commitments on fair trade to Iowa activists in the primaries, not to mention a long voting record that was trending fair trade.

Now, as Palin goes back to Alaska, we have the first glimmer of recogni 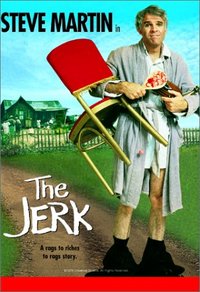 tion on the trade debate, as the NYT reports...

Fox News quot[ed] unnamed McCain campaign officials as saying that Ms. Palin had not known that Africa was a continent, not a country, and claiming that she did not know which countries were covered by the North American Free Trade Agreement.

Ms. Palin told reporters in Alaska that the anonymous criticism was “cowardly,” and that she had discussed the campaign’s position on Nafta at her debate prep sessions.

“So, no, I think that if there are allegations based on questions or comments that I made in debate prep about Nafta, and about the continent versus the country when we talk about Africa there, then those were taken out of context,” Ms. Palin said. “And that’s cruel and it’s mean-spirited, it’s immature, it’s unprofessional, and those guys are jerks, if they came away with it taking things out of context and then tried to spread something on national news. It is not fair and not right.”

Whilst not entirely related to the thread, let me tell you of the only place on the internets that will lie to you about English language, traditions, customs and stuffs.

Oh yes, we have many stuffs:
http://www.EnglishForDirtyForeigners.com

Come for the comedy, stay for the hilarity.