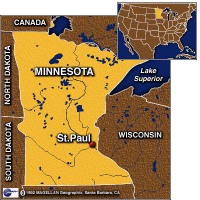 Minnesota recently became the fourth state (joining Maryland, Hawaii, and Rhode Island) to take decisive action to promote fair trade policies at the state level. Minnesota legislators passed a statute requiring that the state legislature, in addition to the governor, give approval before the state may commit to any new international trade agreement’s procurement provisions. Minnesota adopted this change and established a Trade Policy Advisory Group to assist the governor and the legislature in understanding the impact of international trade agreements on the state.

This tide has swelled slowly over the past few years and is expected to increase as state legislators around the country are now faced with the responsibility of addressing job loss and major economic setbacks that have crippled budgets from California to New York. Rhode Island went even further as its bill requires legislative approval for commitments in services and investment in addition to procurement. These provisions are of great consequence because under NAFTA and similar agreements, not only can countries challenge state laws as barriers to trade, but corporations can also launch trade suits against state policies in trade tribunals. Foreign investors have used NAFTA' s Chapter 11 investor-state enforcement system to challenge domestic state court rulings, state environmental laws, local land use policies, public health measures and even the provision of public postal services.

States are wise to empower their legislatures to approve these decisions given the potential of the agreements’ provisions to limit any number of new policy options. Once a state has agreed to be bound to a trade agreement, it becomes extraordinarily difficult to rescind the offer. Therefore the consequences, pro and con, should be thoroughly understood by state legislatures before agreeing to the terms.

States that are not taking the opportunity to consult their legislature about these matters are liable to overlook important considerations that may cost the state heavily in years to come. Just a few procurement policies that have been used to stimulate local economic development and spur job creation that could run afoul of “trade” rules include: “Buy Local” preferences for local suppliers, anti-offshoring measures that encourage the use of in-state workforces, local services procurement, and even “green” procurement policies that require recycled content or renewable energy use over less eco-friendly options. Policymakers should be free to pursue these critically needed policies, without being handcuffed by the services, investment and procurement rules contained in trade agreements.

During the recent campaigns, Democrats and Republicans alike offered proposals to boost economic development with “Green Jobs” and American innovation. Yet little attention has been paid to potential conflict between these economic rescue efforts and current U.S. trade rules. If we are to rebuild our state economies, we’ll need all the tools and options available. If your state isn’t one of the four mentioned above, contact your local representatives and encourage them to take action.

We talk about this very topic everday on our website www.EconomyInCrisis.org

Great article, I look forward to reading others in the future

The title made my eyes opened bigger. It is just shocking to read something like that. They should have meant that to catch the reader's attention.

Nobody has taken brave actions to take decisive action to promote fair trade policies at the state level unlike the Minnesota, Maryland, Hawaii and Rhode Island.

That is shocking to know that provisions are of great consequence because under NAFTA and similar agreements, not only can countries challenge state laws as barriers to trade, but corporations can also launch trade suits against state policies in trade tribunals.