Home Archives Subscribe Back to TradeWatch.org
Korean Fair Traders: You Wanna Take this INSIDE!?
What Ron Kirk's boss wants him to do

Ron Kirk tapped as next USTR

President-elect Obama today announced Ron Kirk as his U.S. Trade Representative, something that's been percolating around the news and blogs for a couple days now. Here's our statement on this appointment: 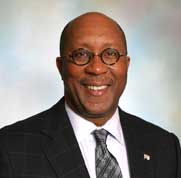 Whether Ron Kirk is a good choice for trade representative will be determined by his ability to deliver on President-elect Obama's pledges to the American public to create a new trade and globalization policy that benefits more Americans.

As a past supporter of the North American Free Trade Agreement (NAFTA) and China Permanent Normal Trade Relations (PNTR), Kirk will face close scrutiny as he assumes the responsibility for delivering on Obama's pledges to fix existing trade agreements and create a new trade policy that benefits more people. Kirk's vocal opposition to Fast Track during his 2002 U.S. Senate race puts him in line with the majority view in Congress and positions him well to deliver on Obama's campaign pledge to replace Fast Track with a process that provides a greater role for Congress to ensure that American trade agreements promote the public interest.

Whatever Kirk's past views on various trade policies, his future course of action must reflect the powerful expectations for change created by Obama's trade reform pledges. His actions must also reflect the new political realities created by congressional elections that resulted in 71 House and Senate supporters of the trade status quo being replaced by those who were elected campaigning for a new approach. Scores of Democrats and Republicans used attacks on NAFTA and China PNTR to win elections nationwide this year and these candidates and the Democratic House and Senate campaign committees featured more than 140 television ads criticizing the trade status quo.

Kirk's first challenge will be negotiating at home to create a new American trade and globalization policy that benefits more Americans and thus gains the support of the public and Congress, a majority of whom oppose the status-quo model. Kirk's recognition that a new approach is needed was conveyed in a 2008 CNN interview, when he said that "we're never going to have a more responsible trade policy if we don't change the climate in Washington." The Democratic platform language reflects Obama's campaign pledges that trade agreements will not "stop the government from protecting the environment, food safety, or the health of its citizens; give greater rights to foreign investors than to U.S. investors; require the privatization of our vital public services; or prevent developing country governments from adopting humanitarian licensing policies to improve access to life-saving medications." This provides a starting place for Kirk's formulation of a new policy.

Among Kirk's challenges as U.S. Trade Representative (USTR) will be to obtain modifications to existing agreements to both add improved labor and environmental standards and to remove numerous provisions that conflict with Obama's priority non-trade policy goals on health care, climate change, energy independence and more. To create the political space needed for Obama to succeed in these areas, aspects of the World Trade Organization agreements must be modified, including provisions covering procurement policy, service-sector regulation (including financial services and health care), food and product safety, access to affordable medicines and more. (See Public Citizen's report Presidential Candidates' Key Proposals on Health Care and Climate Will Require WTO Modifications [PDF].)

The unprecedented focus on trade and globalization reform during the recent elections reflects the consolidation of American public opinion that our current trade and globalization model needs a major overhaul. Nearly three-quarters of Americans believe that a "free trade agreement" has had a negative effect on their families. Across every demographic, majorities oppose NAFTA including GOP voters who, by a two-to-one majority, agree that "[f]oreign trade has been bad for the U.S. economy, because imports from abroad have reduced demand for American-made goods, cost jobs here at home, and produced potentially unsafe products," according to a recent Wall Street Journal opinion poll.

Without addressing the inherent conflict of interest of economic globalization driven by multinational corporate interests and citizen interests including state sovereignty I cannot see how Kirk will handle such an opposing agenda.

I am not yet confidant that Kirk understands trade issues well enough to advocate for either a socially just or environmentally sustainable agenda. Maine congressman Mike Michaud has demonstrated a command of the complicated trade policy issues; the bill he sponsors (The TRADE act) illustrates his understanding. Michaud also works closely with the Maine Citizen Trade Policy Commission (a bi-partisan group) to better understand the effects of trade policy on Maine. He would have been a good choice for USTR.

The existence of patent laws and the absence of corporate social responsibility laws set up a chronic problematic situation. Until these two issues are addressed I fear that we will continue to see corporate driven agriculture with their use of GM seeds, and our social order dominated by corporate profit agendas. Increasing public awareness of trade issues is the only way this will change.

Eliminating fast track, improving state consultation, and renegotiating existing trade policy is a good place to begin. But we have a very long way to go.