Seems that the more desperately you love the hangover Bush NAFTA expansions, like the Colombia FTA, the more likely you are to have been met by a barrage of footwear in past days. 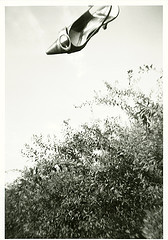 The Human Rights Council at the United Nations followed the lead of the Iraqi journalist who threw his shoes at President Bush over the weekend. Of course, the UN has its own protocols, which are much more diplomatic. According to Inter Press Service:

Experts at multilateral forums usually begin their speeches with diplomatic words praising some aspect of the country or government under examination, before delivering their barrage of criticism.

The tried and true formula was followed by nearly all the government representatives who spoke at the United Nations Human Rights Council session devoted Wednesday to human rights violations in Colombia.

Over 40 diplomats lambasted the Uribe government for both its direct participation and role in facilitating human rights violations:

The number of indigenous people who have been killed in Colombia is alarming, said the representative from Copenhagen, who warned that the killings have pushed several indigenous communities to the verge of disappearing.

Denmark's delegate also mentioned the widespread use of torture by the Colombian security forces, and called on Bogotá to ratify the Optional Protocol to the Convention against Torture and other Cruel, Inhuman or Degrading Treatment or Punishment.

Canada stressed the gravity of the violations committed in Colombia, highlighting the problem of extrajudicial executions. Ireland referred to the same abuses and expressed concern that the murders are attributed to the Colombian armed forces.

Australia, in turn, reported that members of the armed forces maintain links with paramilitary groups or condone their actions.

Belgium expressed concern over Colombian government statements that cast doubt on the independence of the Supreme Court.

Spain, which had recently backed some of rightwing President Alvaro Uribe's human rights policies, distanced itself and showed concern about the turn of events in that area.

The Spanish delegation recommended that the Colombian government engage in dialogue with major sectors of civil society, with "both sides dropping stigmatising talk and unfounded accusations."

The Uruguayan representative recommended that the Colombian government give strict orders to the security forces to avoid designating as "terrorists" human rights activists and members of non-governmental organisations.

In fact, no country spoke up solely to defend Colombia, Zoller said. "None," he repeated emphatically. As a result, the tone adopted by all of the delegations was roughly the same, he added.

That's a size 13 boot in the rear for the President Uribe, to match the size 10 offering his buddy Bush got this weekend. Best of all, its another boot on the chest of the Colombia NAFTA expansion, keeping it on the mat hopefully long enough for some real trade reform to get through Congress. 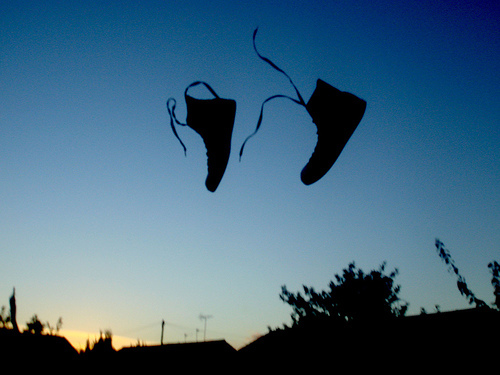