One Third of CAFTA 30 Are Gone!
Bhagwati: WTO Constrains Pro-Local Response to Crisis

Longtime readers will recall that we challenged the U.S. Chamber of Commerce to a data duel back in the fall. We scored two points to their one, and we promised we'd be back with even more nerdliness.

Now, the Dark Side has challenged us to a final duel, courtesy of a new report touting CAFTA. It arrives just in time for the January 1 implementation of CAFTA for Costa Rica, where nearly half of the voters rejected the pact in an unprecedented referendum, and the other half were scared to within an inch of  their life by false Bush administration threats.

This time has arrived, fearless nomads, for the fair-trade force to strike back. The Chamber's main argument is that U.S. exports have increased under CAFTA. This is true, but of course it is also the normal course of affairs. Barring unusual circumstances, U.S. exports increase with foreign income growth.

The real question is: growth relative to what?

It is meaningless to highlight U.S. export growth rates in the very recent past, given the changes in th 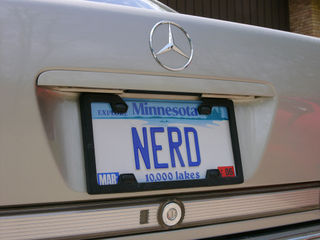 e value of the dollar, which has made U.S. exports more competitive than they've been for decades. Currency changes, not the presence of FTAs, explain recent export growth.

In fact, to the extent that presence of an FTA has had an effect on U.S. exports, it seems to have been in a penalizing direction.

We've only got a short time horizon for meaningful comparisons. CAFTA was only implemented for the Dominican Republic in March 2007, so there isn't a single full year to year comparison available for the pact. (El Salvador implemented March 2006, Honduras and Nicaragua in April 2006, and Guatemala in July 2006). So it only makes sense to compare the 2006-08, or better still, the 2007-08 period. And even that's a stretch.

Here are the facts:

In other words, CAFTA amounted to a significant export penalty. If CAFTA exports had grown at the higher 14% rate of non-FTA countries, U.S. exports would have been $5 billion higher. If FTA country exports overall had done so, $77 billion would have been added to U.S. export accounts. In other words, FTAs accounted for a $77 billion export penalty in 2008.

To put this figure in perspective, this is over five times the sum demanded in the recent U.S. auto bailout. So, if the Chamber is serious about its analysis, it should be calling for a repeal of CAFTA, NAFTA and other FTAs to stimluate the economy. Or even better, let's have a permanent low dollar policy and acknowledge that FTAs aren't about export or job creation but are really about using the name of trade to lock in deregulation at home and abroad.

By the way, the Chamber made a fuss last time about us not using the average of the averages, i.e. averaging the 14 FTA countries growth rates. Again, taking the 2007-08 avg change, the non-FTA countries' 14% growth still beats the FTA countries' avg of avg.

But, as I said before, an export-oriented argument for FTAs should take into account the size of the markets involved... b/c we've focused on FTAs with tiny markets, our export growth rates are respectable, simply because they're coming from low bases.

But, as we've pointed out, for the truly comparable 2007-08 period, the non-FTA rate is still better.