Wake Up and Smell the New Day on Trade!

Here's another alarm for those who've had their heads buried unde 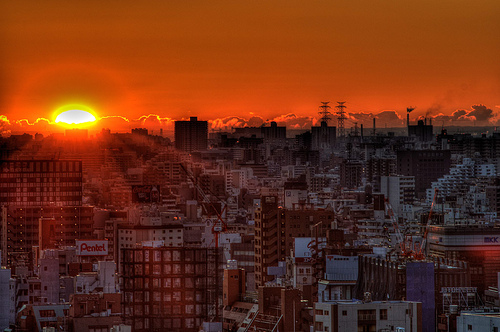 r the covers since before November of 2006: Wake up and smell the New Day on Trade!

347 public interest organizations (and counting) have joined forces to welcome the new fair-trade president and newly upgraded fair trade Congress and express their excitement to work together to reform our broken trade policies.

The letter, spearheaded by the Citizens Trade campaign along with its member groups and state affiliates, reads:

The recent election demonstrated a relentless demand from the American public for trade reform. Across the country, from the Presidency to both chambers of Congress, successful candidates in 2008 ran against the failed status quo and for a new approach. With this election, 42 newly elected Senators and Representatives committed to changing our past trade model. They join over two dozen fair traders elected in 2006 – making a combined total of 71 fair-trade reformers who replaced those supporting the North American Free Trade Agreement (NAFTA), the Central America Free Trade Agreement (CAFTA) and our current China trade policies.

Signatories said they look forward to working the Congress and the Obama administration to correct our failed trade policies of the past. Specifically groups cited a desire to fix past deals like NAFTA, CAFTA and the WTO, as well as the hangover Bush NAFTA-type deals with Panama, Colombia, and South Korea and that they be renegotiated along the lines of the real reform outlined in the TRADE Act.

Wipe the crust from your eyes America, and see the trade reform start a flowin!