Home Archives Subscribe Back to TradeWatch.org
Is Your Mudda Necessary?
AIG suing taxpayers for its own Panama tax dodging 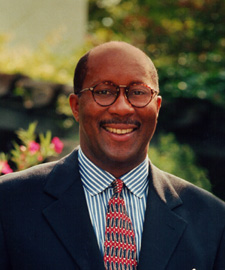 the 44th President. The post of USTR was created in its preliminary form by President John F. Kennedy, and exists to coordinate and lead the trade activities of the Departments of State, Commerce, Agriculture, Treasury, and Labor.

Just miliseconds after Kirk was confirmed, the Citizens Trade Campaign and 350 other civil society organizations sent Kirk a note of congratulations, and called for Kirk to help usher in a "New Day on Trade," moving past the NAFTA-WTO model (and its extensions to Panama and other countries) and embracing fair trade.

He has long been active in trade issues, and is a Fast Track critic. According to the Dallas Morning News (3/8/02), Kirk blasted his Democratic primary opponent Ken Bentsen in the 2002 U.S. Senate race for casting “the decisive vote to give this trade bill a one-vote victory in the House of Representatives without any real guarantee of help for workers who lose their jobs because of trade.”

This guy has to be good with a name like Kirk