As the new administration continues to debate whether to adopt Bush's Panama trade deal as their own, the evidence of Panama's tax-evasion industry keep piling in, this time from a race-car champ, according to the Miami Herald: 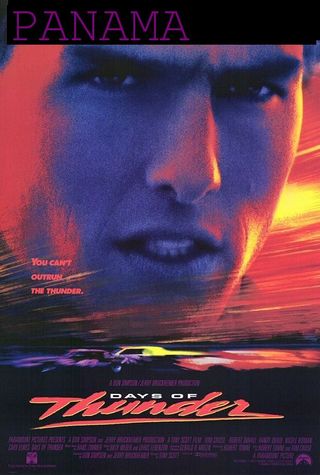 The 12-member jury is deciding whether the Brazilian race car star is guilty of conspiring with others to avoid paying U.S. taxes on $5.5 million.

Castroneves, a U.S. resident who has lived in Miami since 1997, received $530,000 from a Brazilian trading company that sponsored him just before he hit the big time a decade ago as an IndyCar driver with Penske Racing. The racer, who owns a Coral Gables mansion, also received $5 million from a 1999 licensing deal with Penske.

So far, Castroneves has paid taxes on only $50,000 of his total earnings from the Brazilian sponsor, Coimex Internacional -- income that he diverted to his Panamanian shell company's bank account in New York and then to a Swiss bank with the help of his sister, according to prosecutors and court records.

That would mean Castroneves allegedly avoided paying taxes on $480,000 from Coimex in addition to the $5 million from Penske. Bottom line: He owes $2.3 million to the Internal Revenue Service, prosecutors say.

Ceasar Chavez was a socialist. And anyone who would were a bracelet supporting socialist views deserves to be tried for treason. I am amazed how propaganda gets spread. In recent survey I did over a few weeks, I asked about 25 Mexicans and/or Mexican-Americans who was Ceasar Chavez and most did not know what he did and for what he stood. Further, only two knew what Cinco de Mayo celebrated. The many thought it was Mexican independence day. This goes to show you that many follow blindly. This is sad for our country. Because many who voted for Obama knew little about him, his history, ot his views, except for what one got watching mainstream news, which is very left. If we do not wake up, we will loose the American values and customes we once knew.