What Would Cesar Chavez Do?

WWCCD? If someone was selling such a bracelet, I have to admit I'd jump at the chance and wear it with pride. 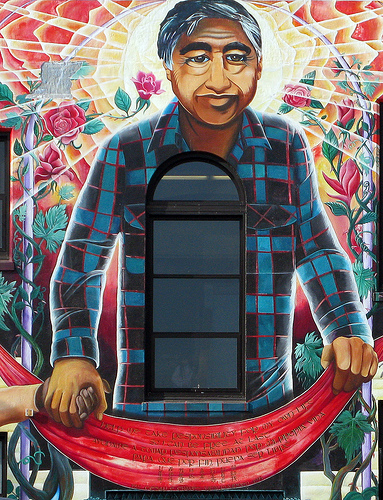 The photos from last week's Cesar Chavez Day celebrations are rolling in from across the country, and it occurs to me that Cesar Chavez' legacy contains inspiring lessons for fair traders to the point that a more than annual reminder would be in order.

The movement is growing to win recognition of a national Cesar Chavez Day, and fair traders especially should strive to follow the footsteps of this leader for labor rights, civil rights, and immigrant rights.

Imagine if Congress sought the advice of visionaries like Chavez as they ponder how to deal with Bush's leftover NAFTA-type deals with Panama, Colombia and South Korea? If they were to tirelessly advocate for marginalized farmworkers and farmers, as United Farmworkers (UFW) union co-founder Chavez did, they would certainly come to a fair-trade conclusion and demand reforms that put small farmers and workers first in devising trade policy.

The campesino and farmers movements in all four countries (U.S. as well!) could expect solidarity from brother Cesar in their opposition to the hangover FTAs for this model's proven record of displacing rural people and forcing them to immigrate to where they are exploited as cheap labor. United Farmworkers co-founder Delores Huerta (equally praiseworthy for her vision in forging the UFW) has been an outspoken advocate of fair trade, advocating along with other Latin@ and labor leaders to fix our broken trade policies. This makes great company for groups like the Panamanian farmers and farm-workers organization ONAGRO, who state their opposition to the U.S.-Panama FTA in these terms. 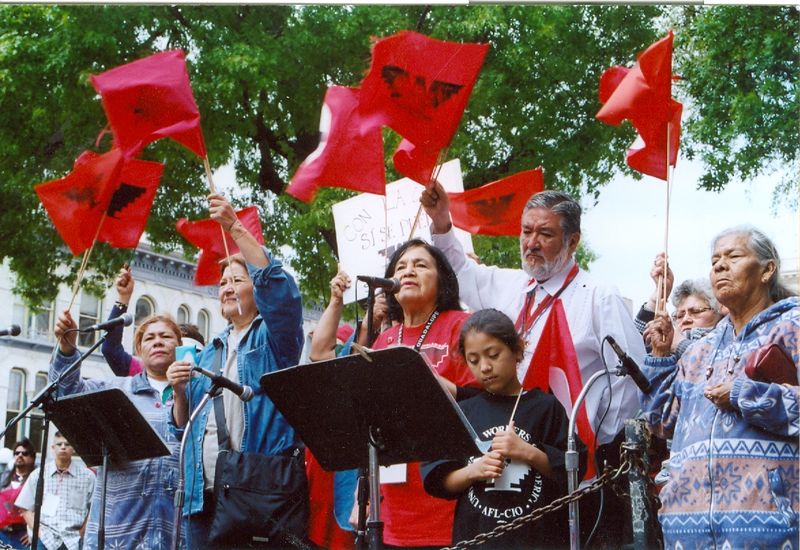 Groups like the UFW and countless local organizations like San Antonio's Cesar Chavez Legacy and Educational Fund are keeping on, marching to remember the works of brother Cesar, and to forward the struggle he left behind. Here's hoping that you marched or otherwise have had a chance to remember brother Cesar, and that you take some strength from it into the fight for fair-trade reform that lies ahead.


Note: The closest we can find to a WWCCD bracelet can be ordered online from the United Farmworkers.