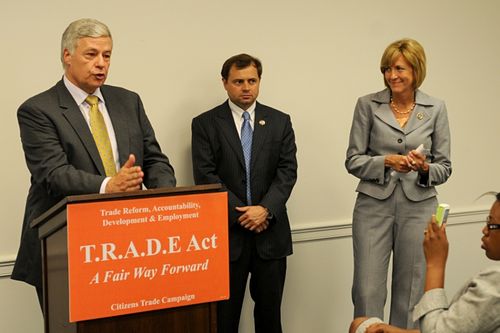 As Todd mentioned, the TRADE Act was reintroduced in the House of Representatives today by sponsor Rep. Mike Michaud (D-Maine). This year's version of the legislation is backed by 106 original cosponsors, including nine committee chairs and 45 subcommittee chairs. The cosponsors come from the full range of Democratic caucuses and from around the country. The full list of cosponsors is available here. The Trade Act - 2009 version - has double the number of original cosponsors as the Trade Act introduced last June, showing that support is rapidly growing for a fair-trade alternative to our current failed NAFTA-WTO model.

At today's press conference, although periodically interrupted by a series of floor votes, a number of members of Congress gave impassioned statements about the need for a new direction on trade. Chairwoman Louise Slaughter (D-N.Y.) and Reps. Michaud, Paul Tonko (D-N.Y.), Betty Sutton (D-Ohio), Tom Perriello (D-Va.), and Rosa DeLauro (D-Conn.) all spoke and took questions. We'll have video clips of some of these statements up by tomorrow.

In the meantime, after the jump, check out our full press release and some additional photos from today's press conference.

The Trade Reform Accountability Development and Employment (TRADE) Act delivers on the broad public expectation that Congress and the president will forge a new trade policy that creates jobs, ensures import safety and fixes past damaging agreements like the North American Free Trade Agreement (NAFTA), as they have promised.

That this trade reform agenda is supported by more than 100 House members, including nine full committee chairs, 45 subcommittee chairs and the full range of Democratic caucuses and geography, is a promising sign for the prospect of our country creating a new trade agenda. This legislation, introduced today, translates into action the specific commitments for trade reform made by many members of Congress over the past two election cycles and by President Obama during his campaign.

The bill's provisions regarding what must and must not be in American trade agreements will look very familiar to campaign junkies, as they capture the reforms promised in the 2008 Democratic platform and the campaign commitments made by President Obama and the 71 House and Senate members elected in 2006 and 2008 who replaced those who had voted for NAFTA and the World Trade Organization (WTO).

By moving Congress and the public beyond the rut of repeated fights against more-of-the-same trade pacts, the TRADE Act can help avoid the divisiveness and political fallout that such fights invariably bring.

This legislation offers the White House a path around an ocean of political quicksand because it is a road map for trade expansion that Democrats could support with fixes for the key conflicts between the current NAFTA-style trade pacts and the Democrats' core agenda.

The premise of the TRADE Act is that America's trade agenda must be brought into conformity with America's domestic agenda of good jobs, a clean environment, safe food, quality and affordable medicines, and essential services. By removing provisions that limit imported food and product safety and financial service regulation, provide foreign investors with rights to attack domestic environmental and health laws, and incentivize the offshoring of jobs to low-wage countries - and adding effective labor, environmental, health and safety standards to provide the floor of decency necessary to ensuring trade agreements benefit more people - the road map provided by the TRADE Act would lead to trade agreements that could enjoy broad public support. 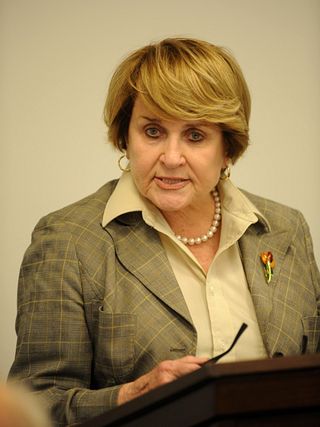 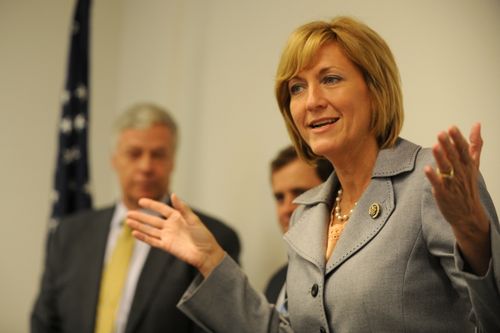 Above: Rep. Sutton giving her statement. 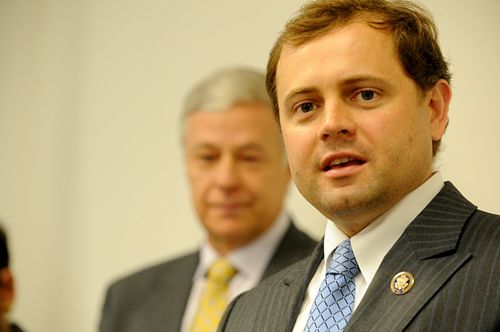 Above: Rep. Perriello giving his statement. 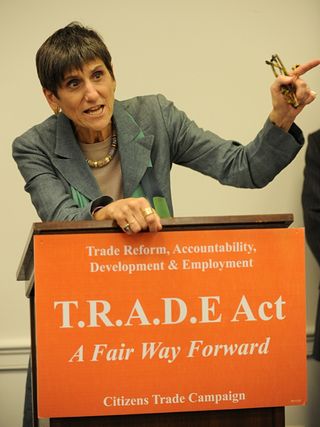 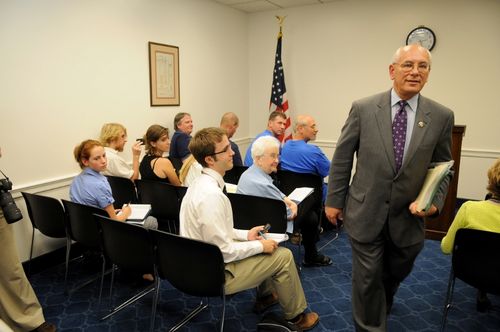 Above: Rep. Tonko, standing, leaving for a floor vote after delivering his statement.

Video and more photos will be available tomorrow. Stay tuned...

Blogs are so informative where we get lots of information on any topic. Nice job keep it up!!

As trade negotiators from the U.S. and eight other Pacific Rim countries met in Lima, Peru this week for Trans-Pacific Free Trade Agreement (FTA) talks, Peruvian and global activists criticized the continued secrecy of the talks and the public health implications of recently leaked texts on drug patents and pharmaceutical pricing.

I'm so happy to see these people work together for the betterment of everybody. They're doing a great job making improvements with trade.

Nice article, It’s always nice to hear the successes of others. And, I thing successes whether they be big or small are successes either way.

"This blog is really very interesting and easy to understand the information provided in it. It is very nice to view this blog and it's nice to see the best information cited here.
Thank you."

Hello. Thanks a lot for informing us, I myself really adore you for sharing your knowledge regarding this matter!

Hi. My parents benefit well from Trade. They get to know other people too. I find it very useful.

Hi! Thanks for sharing this, It is a good help for other people like me. Keep up with your good work...

We have go through a few of the articles on your website now, and I essentially like your style of blogging. I added it to my favorites webpage list and will be checking back soon. Please verify out my blog as properly and let me know what you believe.

I really like how you seize the essence of the message, really good writting style, I enojoyed it!

One other issue is that if you are in a predicament where you don’t have a co-signer then you may actually want to try to make use of all of your money for college options. You’ll find many awards and other scholarships or grants that will ensure that you get money to support with university expenses. Thank you for the post.

Hi Admin. Speaking of Trade, I still remember the Galleon Trade that happened a long time ago. It was awesome.

hank you for posting the great content…I was looking for something like this…I found it quiet interesting, hopefully you will keep posting such blogs….Keep sharing

hank you for posting the great content…I was looking for something like this…I found it quiet interesting, hopefully you will keep posting such blogs….Keep sharing

Thanks you very much for shearing this information. keep it up.

Really good one. Your article is giving me pleasure. It is informative and bearing importance according to social view. More you post more we learn. This is really a great site. Thanks.

I read this post and got many useful information with this post. It contains very informative matter. I would like to come here again. This type of posting should go on.

I really like this article. there's a good chance to receive a perfect concept in your mind. the quality information you offer to your visitors

I really like this article. there's a good chance to receive a perfect concept in your mind. the quality information you offer to your visitors

Awesome blog and great article, thanks for sharing

accountingtutor.insanejournal.com provides best accounting homework help possible online. our tutoring style is highly strategic and effective; we are constantly analyzing a student's comprehension of the given material to best determine how to facilitate understanding.

email us your problem at : corporatefinancehomeworkhelp(at)gmail[dot]com

features
***teaching with questions, not with answers (this allows me to know what a student really understands, and direct the lesson accordingly)
***filling in fundamental concepts that students miss (this requires finding those concepts, by asking questions, and is critical in cumulative topics, like math, physics, and chemistry)
***determining the root cause of careless mistakes, and finding a solution that prevents them
***teaching proofs instead of formulas, helps students retain the formulas and apply them correctly
***using real life examples that are both fun and resonate with a student's personal paradigm
***(there are many more things that i do...but i will save them for our tutoring session!!)
modified accelerated cost recovery system (macrs) depreciation, reducing / declining depreciation,straight line depreciation, break even point, cost allocation, cost analysis, cost benefit analysis labor efficiency variance ,material price variance,quantity variances,variance analysis,work in progress
all subjects tutor in.
all classes & subjects

email: (send me your questions) corporatefinancehomeworkhelp@gmail.com

Send us your assignments or online exam help requirements at corporatefinancehomeworkhelp@gmail.com

If you are stuck with a management finance problem/ assignment then turn to us; we are a tutoring company with tutors who have extensive experience in all the Topics in Finance