Champagne, Caviar, and a Room At the Ritz

That's the sort of high class date that fair traders should demand when it comes to the Obama administration's dealings with human rights improvements in Colombia. 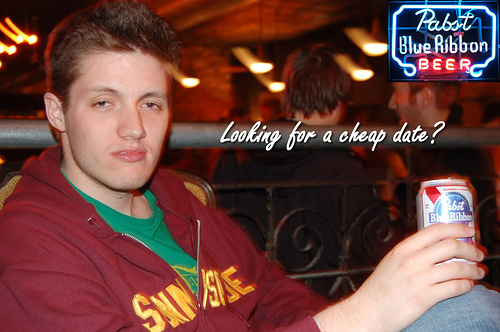 Two-time TRADE Act original cosponsor Congressman Jim McGovern (D-MA) gets this point like few others, and set the right example for his peers about the insanity of expanding NAFTA to the union murder capital of the world without seismic changes in both the text of the deal and the human rights context surrounding it.

According to Inside US Trade (subscription only):

"I don't want us to be a cheap date when it comes to human rights," he said on July 13 after an address to the U.S. Institute of Peace. "Colombia is still one of the most dangerous places in the world to be a unionist. The idea of going forward with a trade agreement when there are still significant human rights challenges doesn't make any sense."

McGovern stressed he is not involved in efforts to develop benchmarks Colombia must meet before Congress votes on the FTA, but argued the benchmarks should include fewer killings of trade unionists in Colombia.

...He also cited wariness among some stakeholders in Colombia regarding the economic effects of the trade deal.

"As we have traveled around Colombia, there are some significant questions that have been raised by different groups, legitimate groups, who believe the trade agreement will have a bad impact on them," he said. "I think they are looking at Mexico with [the North American Free Trade Agreement] and saying, 'boy, this isn't what everybody says it's going to be.'"

...McGovern strongly criticized Colombian President Alvaro Uribe, saying he has frequently urged Uribe in private meetings not to conflate political dissidents, including trade unionists, with rebel guerrillas in the Revolutionary Armed Forces of Colombia (FARC). He also said that he felt a lack of trust for Uribe due to the fact that Uribe had initially denied connections between paramilitary organizations and the Colombian army that have now surfaced in Colombia. [all emphases added]

The good news is that Obama is playing hard to get. According to Politico, Obama's not moving any time soon on the leftover Bush FTAs, just says he's moving, eventually:

Obama’s remarks after meeting with Uribe on June 29 were essentially what he said about Panama in April. And that means the administration hasn’t spent much time crafting the benchmarks and other changes to the deal that it was supposed to be working on, business lobbyists say

USTR Kirk is thus on notice that neither the White House nor fair traders like Rep. McGovern will settle for the meager diner cheeseburger and a matinée screening of the newest romantic comedy starring Jennifer Anniston. If that's the best they come up with, fair trade and human rights advocates should choose to spend their Friday being busy drying their hair.