I am so moved in these days of moral decline to see young people being committed, you know, really committed to one another. Too many youth just use up and spit out one another, rather than pledging themselves to the one they love for life.

That's why I was so touched to see top corporations make this testimony earlier this week to the Ways & Means Committee (from Inside U.S. Trade, non linkable): 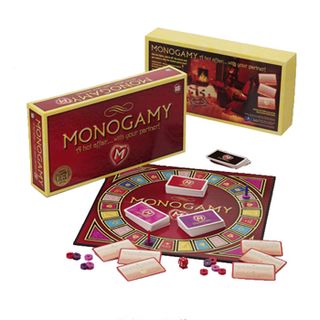 ITAC could dilute the effectiveness of the ITAC system, a claim echoed by some Republican members of the subcommittee.

Business interests do not want an increased NGO presence on ITACs since, they claim, sensitive business information is shared during closed-door meetings and the meetings would be derailed by infighting if NGOs on the opposite side of a trade issue are involved.

In his testimony, Brian Petty, chairman of the ITAC on Automotive Equipment and Capital Goods, also known as ITAC 2, said that adding NGOs to ITACs could cause members to discontinue their involvement within the trade advisory system. This would cause the system to simply cease, he said.

“The voice of business would be severely diminished,” Petty said.

(Petty works for the International Association of Drilling Contractors, which includes members like Chevron and loads of Middle Eastern companies, while Hoelter works for Harley Davidson. The Trade Advisory Committees (TACs) are (mostly) corporate, who get privileged access to USTR and negotiating documents - including lots of stuff that Congress and the public don't even get to see.)

These corporate honchos really know how to make a gal feel special. "I want to focus on you, baby, and just look in your eyes," I imagine them saying. "With all these do-gooders around, things would get too distracting, and I'm past that 'player' period of my life, anyway. I want a commitment."

Three cheers for real love! It would really be tragic to let something like democracy get in the way of such a "rock" of a relationship as the current TAC system. Even though just letting NGOs in the room wouldn't necessarily lead to a change in policy, as a flesh-and-blood man, I can see how even their presence could lead to the temptation to go down that treacherous path. Best to keep the save-the-world seductresses at bay if committed relationships are to survive.

[In other news, I'd like to thank Steve Charnovitz of GWU Law School for his guest posts this week. His post from today touches on the same topic as my post, albeit with markedly less sarcasm. I would also note that Global Trade Watch has published two books in the last year "The Rise and Fall of Fast Track Trade Authority" and "Federalism and Global Governance" that touch on the history of and alternatives to the TAC system in some detail.]