The embassy of union murder and human rights violation capital of the world Colombia just can't seem to even score a single. After 630 at-bats, the embassy 's batting average out-pathetics even the roster of the dead-last in the majors (pun intended), the Washington Nationals. 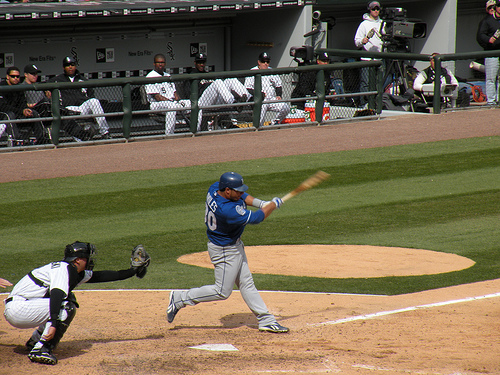 According to CQ Today:

To say the stalled U.S.-Colombia trade deal is important to the Colombian government is something of an understatement.

Colombian Ambassador Carolina Barco had no fewer than 630 meetings with U.S. lawmakers about the pact last year in an effort to get Congress to approve the deal, negotiated by the George W. Bush administration.

But it’s an uphill battle, for the moment. With public attitudes toward trade becoming increasingly negative, job losses weighing down much of the United States and a presidential administration focusing on other priorities, Congress has been in no mood to approve new trade deals.
Suddenly, its not so bad to be the Kansas City Royals (PCT .384), the Baltimore Orioles (PCT .405), or even the Nats (PCT .357). At least their D.H. can rally the team and say,"Hey we're only 28 games back. The Colombians have thousands of murders of civic leaders to clean up, and more last year than the year before. Not to mention that the public expects them to fix the text of the FTA, to meet the President's campaign pledges... At least we don't have it that bad".
What insightful trade-wonk ballplayers!