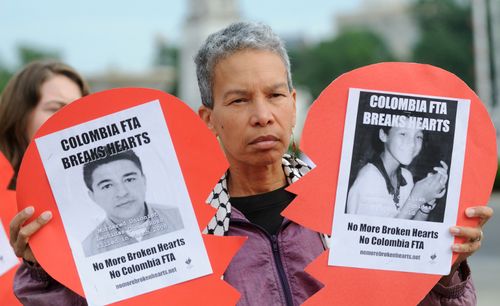 The backstory here is that the government of Colombia has spent almost a million dollars on a PR campaign in Washington, D.C., supposedly to try to change perceptions about the country and boost tourism. A sprawling, elaborate display has been set up at Union Station, with representatives handing out free flowers and coffee. The location is suspicious – Union Station is where congressional staffers flock every day before and after work, staffers whose bosses may have to vote on the pending Colombia FTA. The campaign’s media work is being coordinated by a former Bush administration trade official, and business representatives connect the effort to the Colombian government’s desire to promote the U.S.-Colombia FTA. The agreement would basically expand NAFTA to the country with the highest level of unionist murders in the world.

We came together with other public interest organizations to illustrate how Colombia has earned the reputation it is trying to reverse, through mass discrimination against indigenous peoples, forced displacement, and ongoing violence against union organizers, workers, and human rights defenders. In order to counter the rosy picture being painted inside, protesters used street theater to show how the proposed Colombia FTA would protect Colombian and American business interests while allowing for continued abuse of Colombia’s workers and indigenous population. Protesters marched outside Union Station for several hours, and constructed a memorial to honor the growing list of victims of violence and impunity in Colombia. The protest disrupted foot traffic going in and out of the station, and garnered coverage from several media outlets, including local ABC, FOX, and NBC channels. Stories were also published in Roll Call and the Washington City Paper.

For more information and to learn how you can help to counter the government of Colombia’s campaign, go to http://www.nomorebrokenhearts.net/. Check out more photos from yesterday's protests after the jump. 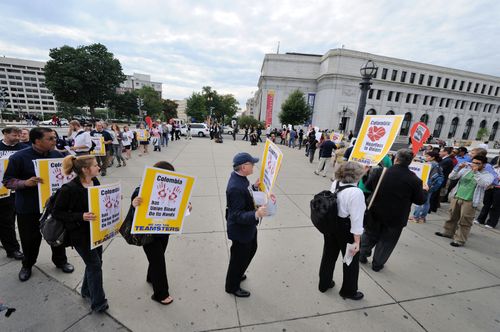 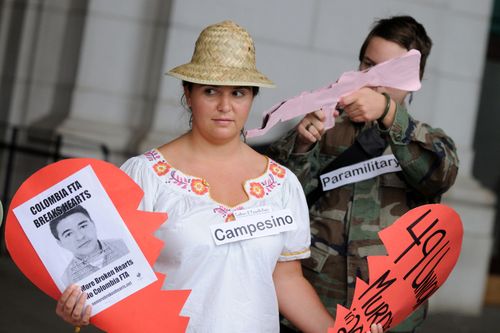 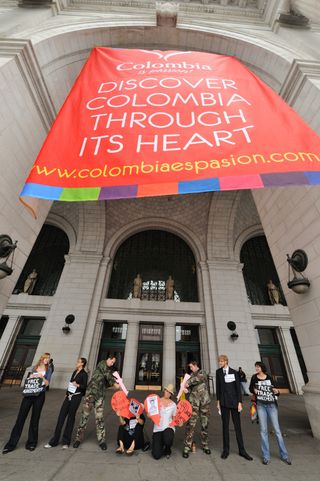 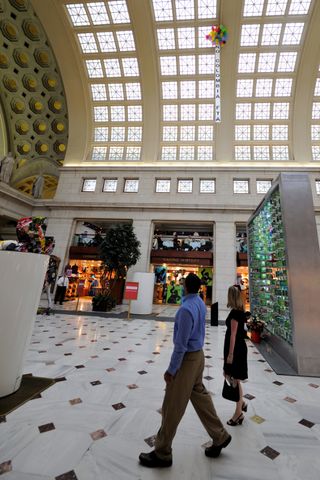 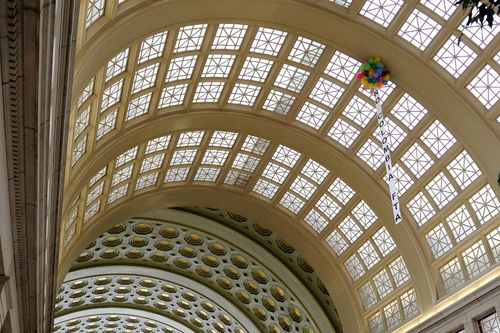 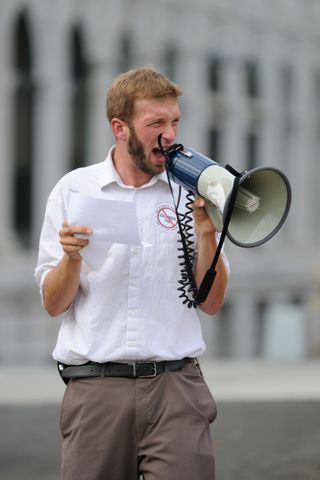 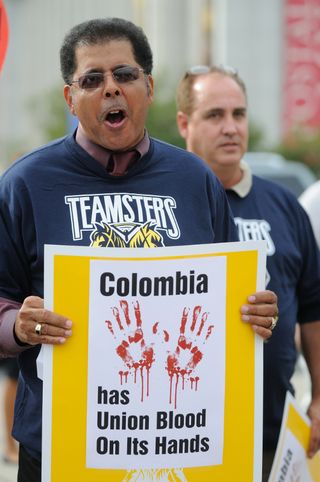 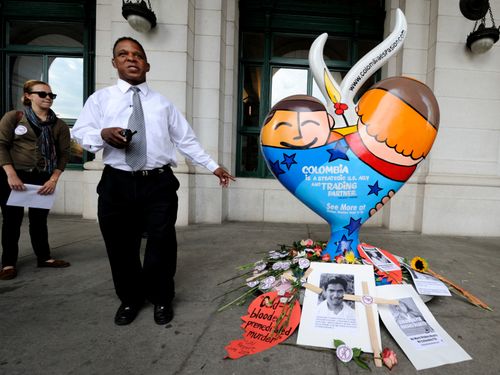