Home Archives Subscribe Back to TradeWatch.org
The Building Blocks of Trade Blocs
TRADE Act at the Top!

(Disclaimer: Public Citizen has no preference among the candidates.)

The TRADE Act has just picked up another prominent endorser. Adding to the 132 House and 7 Senate Cosponsors, we now have leading Democratic Senate hopeful Alexi Giannoulias promising to cosponsor the Senate TRADE Act, recently re-introduced by Sen. Brown (D-OH), if elected. 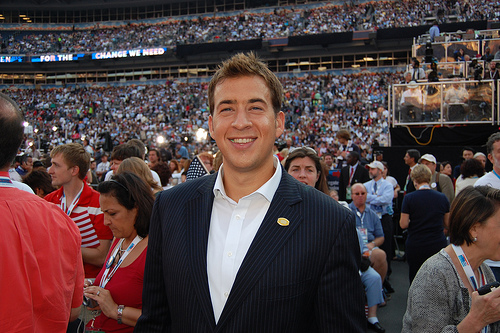 As the Giannoulias campaign touted and the blog Chicagoist report, Giannoulias is running on a fair trade platform to fill the Senate seat vacated by President Obama - not unlike Obama himself.

As part of the announcement, Giannoulias pledged that he would co-sponsor the TRADE Act bill in the Senate. That bill would require the Government Accountability Office to review all existing trade agreements for their impact on jobs and the environment, and then requires the president to submit renegotiation plans to Congress to remedy the gaps the GAO identifies. The review required in the TRADE Act includes NAFTA and the WTO.

Its already looking like an interesting fair trade campaign cycle for 2010. EOT will keep you posted.