Huge Trade Deficit Comes Back from the Dead

If anyone thought that the trend toward a favorable trade balance was here to stay, they were in for a rude awakening yesterday when the Commerce Department released the November trade deficit numbers. 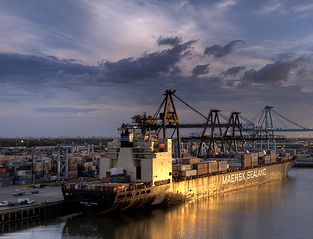 The trade deficit in November stood at $36.4 billion, almost ten percent greater than the trade deficit in October.  Earlier in 2009, lower consumer demand in the and a less expensive dollar gave us a temporary reprieve from our huge trade deficit, although we still didn’t break into a trade surplus this year.

Click here for a nifty graph from the Bureau of Economic analysis that examines the monthly trade deficit since 2000. Note that lower points on the graph indicate larger deficits.

(Thanks to Flikr user oneeighteen for the photo)