Home Archives Subscribe Back to TradeWatch.org
Google It - Under Korea FTA, China Holds Your Data Privacy Future
Latvia - what happens when the crazies run economic policy

It looks like U.S. Trade Representative Ron Kirk will be tourin 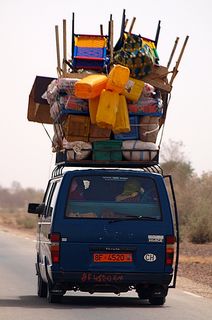 g the country in a series of meetings this year.  He’ll tout the benefits of trade agreements generally, but he’ll focus on the Trans-Pacific Partnership (TPP) since its first negotiating session is slated for mid-March of this year. The potential TPP countries now include , , , , , , and , though more countries might join the negotiations soon.

According to Inside U.S. Trade (subscription only), even big business is skeptical of the tour’s mission:

[T]wo business sources said they doubted a series of meetings across the country would do much to sway the public perception of trade.

The meetings should be a two-way street, however, if Kirk follows through on his promise to incorporate feedback from these meetings in the process of developing negotiating objectives for the TPP.  The Office of the USTR has said officially that they are still in the early stages of developing negotiating objectives, but the Bush administration’s trade model is still lurking under the surface:

Private-sector sources this week speculated that the negotiating objectives identified by the Bush administration in 2008 for the TPP Agreement may serve as a basis for the current administration, both because the objectives are so broad and because those original objectives were developed by career officials still in place at USTR.

These previously defined negotiating objectives include all the nasty provisions that we’ve seen in previous agreements like NAFTA and CAFTA such as intellectual property rules, financial services, foreign investor rights, and government procurement.  Right now the inclusion of these inappropriate issues in the TPP is a wide open question. Greater congressional involvement in the negotiating process could help ensure that we are negotiating for an agreement with higher standards.