Home Archives Subscribe Back to TradeWatch.org
10 out of 10 Economists Agree: We Were Wrong
Return of the Anti-NAFTA-Off? 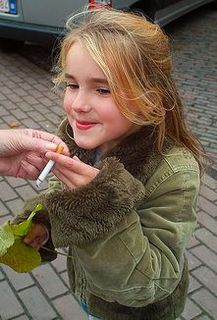 In October of last year, the Canadian Parliament passed the Cracking Down on Tobacco Marketing Aimed at Youth Act, which contained a provision outlawing the sale of cigarettes made with flavor additives that appeal to children.  This law applies equally to tobacco products that are imported and domestically produced, but this hasn’t stopped several countries from attacking the new law.

Last month, 14 countries, including the , raised concerns about ’s new tobacco law at a WTO committee meeting.  They believe that the public health law might constitute a technical barrier to trade that could be challenged under the WTO dispute resolution mechanisms.

The U.S. Trade Representative (USTR) raising concerns about the law is objectionable enough, but a 1998 law prohibiting the USTR and some other federal agencies from “using appropriated funds to promote the sale or export of tobacco or tobacco products and from seeking the removal of nondiscriminatory foreign restrictions on the marketing of tobacco” could get USTR into some hot water if it chooses to directly challenge the law.

In a letter obtained by Inside Trade, Rep. Lloyd Doggett, the sponsor of that 1998 law, asked USTR to change course:

I strongly urge that USTR take no action contrary to Canada on this matter, and indeed, good public policy on tobacco voiced generally by the Administration suggests USTR should be actively supporting the Canadians….Even beyond the troubling implications of the United States opposing a strong public health measure of another country, in this instance, prior law expressly forbids USTR from doing so.

USTR also raised the issue in its National Trade Estimate report last month.  In the report, though, USTR stated that “The United States strongly supports the objective of deterring youth from tobacco use.” If this is truly the case, USTR should back down from this misadventure and respect ’s right to enact common sense laws regulating its tobacco market.

The picture of the smoking girl disturbs me. Canada is doing a good job of protecting the health of its citizens. Yet the countries who export their cigarettes to Canada are only concerned about their money.