Home Archives Subscribe Back to TradeWatch.org
California says NO to more job-killing FTAs
Lula - US 'wets itself' on Brazil's WTO wins

One of the main claims made by proponents of the investment rules in FTAs or "bilateral investment treaties" (BITs) is that, in Scott Linicome's words...

the FTA investment provisions that they're carping about are actually designed to encourage mutual investment in FTA partner countries - i.e., to help the countries give each other money for silly things like factories and jobs - by providing certain basic protections for that investment.

Notably, very few of the dispute cases I've read about involve new investment or new jobs. In some cases, as with the S.D. Myers case we discuss here, there simply is no major job creating investment at issue - maybe only a storefront office. In other cases, a foreign company has merely acquired a local company, so no new jobs are created.

In still other cases, a foreign investor had invested in a country long before the bilateral investment treaty
was signed, but then subsequently utilizes the BIT to attack non-discriminatory regulations they don't like. 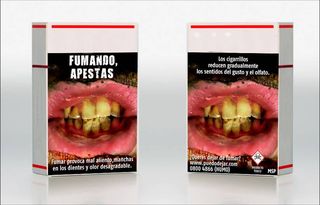 against Uruguayan public health measures. Philip Morris, Inc. - a U.S. corporation at the time - bought up Abal, a Uruguayan tobacco company, during Uruguay's military dictatorship in 1979. In 1991, Switzerland and Uruguay inked a BIT. In 1999 and 2008, the ownership of Abal was shuffled around to Switzerland-based holding companies. In 2010, Philip Morris launched a case against Uruguay's public health measures, which went into effect in 2008 and 2009.

In other words, the implication of the BIT was not more jobs created in Uruguay, but a platform for a long existing entity to challenge Uruguay's efforts to reduce smoking deaths - and maybe, just maybe, put a chill on anti-tobacco legislation in other developing countries - now a primary market for Multinational Big Tobacco.

A few quick points, in no particular order: