Check out this op-ed written by Hawaii State Rep. Roy Takumi (D-Pearl City, Palisades) in the 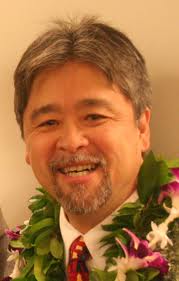 Honolulu Star Advertiser today. Takumi, who has served in the Hawaii State Legislature for over 19 years, is leery of more NAFTA-style agreements.

I began serving in the state House 19 years ago, shortly before NAFTA was implemented. Since NAFTA and a batch of NAFTA-style deals with other countries, we've suffered an exploding trade deficit, the loss of more than five million manufacturing jobs, and stagnation of real median wages for American workers  at 1970s levels. Meanwhile, we have been flooded with unsafe imported food and goods, and foreign investors have used NAFTA to challenge important state environmental laws before foreign tribunals.

Further, Takumi takes on some of the rosy promises Korea FTA supporters are making to Hawaii's agricultural producers.

The reality is that even with zero Korean tariffs, most of Hawaii's agricultural products cannot come close to the low prices for which these products are sold to Korea by others. For example, Indian banana and papaya farmers sell their crop at one-fourth to one-third the price local farmers require. Peruvian farmers sell guava at $173 per metric ton; our price is $346. Farmers in Thailand, the largest pineapple producer, sell their pineapples at $120 per metric ton compared to $458 locally. How do we compete in this market?

Takumi, who has led efforts to improve trade agreements for several years - including sponsoring legislation that was enacted in 2007 to give the Hawaii legislature a formal role in determining some of Hawaii's commitments to trade agreements - is among many state officials who are critical of the undemocratic NAFTA-style model.