Home Archives Subscribe Back to TradeWatch.org
Flipper gets axed by the WTO
Obama Just Flip-Flopped Right off the Trade Cliff; Congress Must Slam on the Brakes

WTO is the big kid on the seesaw

The recent WTO attacks on U.S. consumer and environmental policies (see here, here and the one about to be announced here) have revived discussion of whether current trade agreements leave enough space for countries to regulate in the public interest.

Those who think not can cite to the fact that the WTO rules against challenged policies 90 percent of the time. Those who think yes often cite the WTO agreements’ so-called “exceptions” clauses. For instance, the WTO’s General Agreement on Tariff and Trade (GATT) Article XX reads in part: 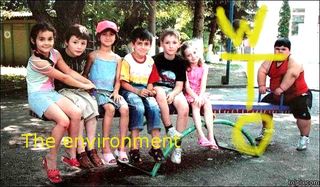 Subject to the requirement that such measures are not applied in a manner which would constitute a means of arbitrary or unjustifiable discrimination between countries where the same conditions prevail, or a disguised restriction on international trade, nothing in this Agreement shall be construed to prevent the adoption or enforcement by any contracting party of measures:

(a) necessary to protect public morals;

(b) necessary to protect human, animal or plant life or health;…

(d) necessary to secure compliance with laws or regulations which are not inconsistent with the provisions of this Agreement, including those relating to customs enforcement, the enforcement of monopolies operated under paragraph 4 of Article II and Article XVII, the protection of patents, trade marks and copyrights, and the prevention of deceptive practices;…

(g) relating to the conservation of exhaustible natural resources if such measures are made effective in conjunction with restrictions on domestic production or consumption;…”

While the WTO’s proponents argue that these exceptions help preserve sovereign policy space, these defenses are unsuccessful over 96 percent of the time. Put differently, countries that actually go out of their way to invoke the so-called "defenses" are even less successful than those that simply lay down and take the beating.

We can break down the record of these exceptions in more detail.

Typically, when the WTO Appellate Body and panels examine the exceptions, they take three steps.

Say that Australia wanted to defend its anti-smoking policies from WTO attack by invoking GATT Article XX(b) above. The panel would first establish whether it fell within the scope of the subparagraph (b) by determining whether the policy was connected to the protection of human health.

All these factors are not weighed equally, as it turns out: the trade-related metrics are the big kids on this seesaw.

The final step would be to examine whether the measure fell within the so-called “chapeau,” or introductory paragraph, which poses still further hurdles.

A similar analysis would be utilized for the other subparagraphs. Let’s call these three steps the scope threshold, the nexus threshold, and the chapeau threshold.

So how much of a defense have GATT Article XX and GATS Article XIV offered? The exceptions have been invoked in 35 cases, ruled relevant by the panel or Appellate Body in 27 cases, and voided in 26 cases.

To be clear, the WTO panel must rule that the policy at issue meets all three thresholds or the policy is ruled in violation of the WTO agreements and the country must alter or eliminate the policy. So the general exception defense saved a country from having to change its policy in only one of the 27 cases where the panel examined this type of defense.

A related point is that, if the WTO rules that a country violated even a single of its central WTO commitments, that policy has to change or the country risks incurring trade sanctions. This point gets lost in some of the reporting on WTO rulings, where trade lawyers that are interviewed like to trumpet the success or failure of each claimed violation, rather than simply report the panel rulings the way that makes most sense to the public: did we “win” or “lose”? After all, smart complainants tend to cite more claims of violation than they expect to win. To repeat, a complainant only needs to be successful on a single major count to trigger the WTO enforcement process.

In the last case, the U.S. decided not to even attempt to invoke the GATT Article XX exception when it came to Indonesia’s claims under the WTO’s Agreement on Technical Barriers to Trade (TBT). Doing so could have helpfully clarified the applicability of the GATT exception to the TBT.

Then again, maybe the Obama administration was feeling burned by the WTO panel that didn’t allow invocation of the GATT Article XX exception when it came to China’s claims that the U.S. violated the WTO’s Agreement on Sanitary and Phytosanitary Standards (SPS) in the U.S.-Chinese Poultry case.

Too bad for consumers – on both the poultry and tobacco counts. The Obama administration has made enhanced "trade enforcement" (read: defending U.S. interests in dispute settlement) a key part of its rhetorical attempts to build legitimacy for deeply unpopular trade policies. It seems hard to make that case if you don't use any and every opportunity to invoke the exceptions, or better yet, push for amendments to the WTO to strengthen them.

One other factoid to leave you with: the Obama administration is trumpeting its decision to appeal the adverse rulings in the recent attacks on consumer safety. But in only five out of 167 settled cases have appeals resulted in “losses” turning to “wins.” I dunno, over 95 percent odds against you seems pretty rough to me.

(Major thanks to Travis McArthur for his research for this post, and to Henrik Horn and Petros C. Mavroidis, creators of a database of the WTO disputes.)

(Postscript: Let’s just go ahead and anticipate a possible objection to this method. Sometimes, WTO panels examine various government "measures" in a single dispute "case." If we used an indicator of “measures” rather than "cases", the proportion of instances where panels or Appellate Bodies reject the exception defense at the second threshold (category 2 above) shifts from 70 percent to 79 percent, while the proportion of instances where the defense fails at the third threshold (category 1 above) falls from 22 to 13 percent. This means that even more measures are rejected at an earlier stage in the legal analysis if individual measures rather than cases are counted.)