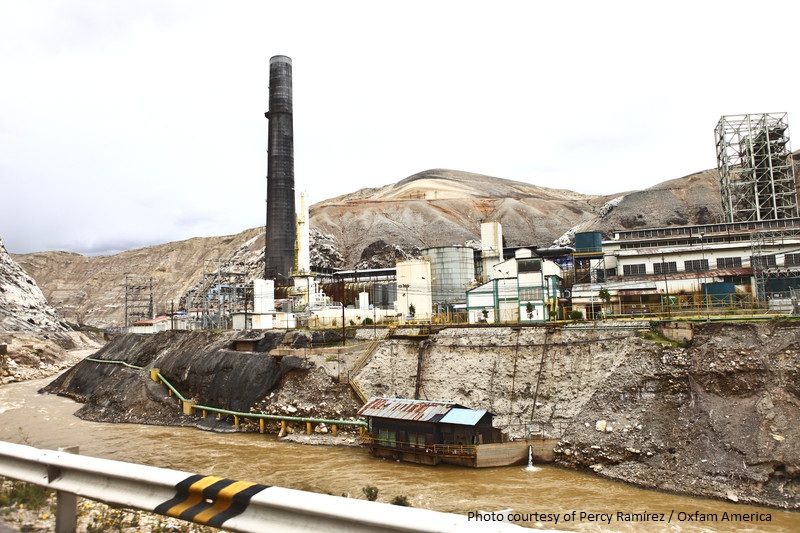 The investor-state system allowed the U.S.-based Renco corporationto demand $800 million of Peruvian taxpayers after the Peruvian government asked the company to comply with its obligation to clean up severe pollution from its metal smelter (pictured here), which has poisoned children in the surrounding community of La Oroya.

Yesterday on the Kluwer Arbitration Blog our own Lori Wallach explained what is fueling the “perfect storm” of opposition to the Investor-State Dispute Resolution system (ISDR).  Under NAFTA-style deals, this radical system provides foreign firms a way to attack domestic health, environmental, and other public interest laws, claim that such public protections threaten their "expected future profits," and demand millons of dollars in taxpayer compensation.  Now the Trans-Pacific Partnership (TPP) threatens to expand the extreme system further.

Growing rejection of the investor-state rules is a result of many converging factors, including the alarming investor-state text contained in a leaked draft of the TPP Investment Chapter, expansion of the scope of corporations' attacks, and the skyrocketing number of investor-state challenges.

Wallach goes on to explain why the ISDR system is facing scrutiny in many arenas and across political spectrums:

From a conservative perspective, this system poses an unparalleled threat to national sovereignty and solvency, and from a progressive perspective to democratic governance and the public interest polices won through years of struggle. In the past, little attention was paid to the ISDR regime by the vast majority of voters, policymakers, journalists, academics or civil society advocates. Now the results of the regime are awakening diverse interests to a quiet but very troubling transformation of the legal system that has taken place over the last few decades without their awareness, much less consent.

Check out the full blog post here, and stay tuned for part two, which will delve deeper into how concerns over this extreme system have begun to torment the negotations over the TPP.