Home Archives Subscribe Back to TradeWatch.org
U.S. Trade Deficit with Korea Soars to Highest Point on Record under FTA
On Anniversary of U.S.-Korea FTA Implementation, U.S. Exports Down 9 Percent, Imports from Korea Up and Deficit With Korea Swells 30 Percent, Undermining Obama Export and Job Growth Goals 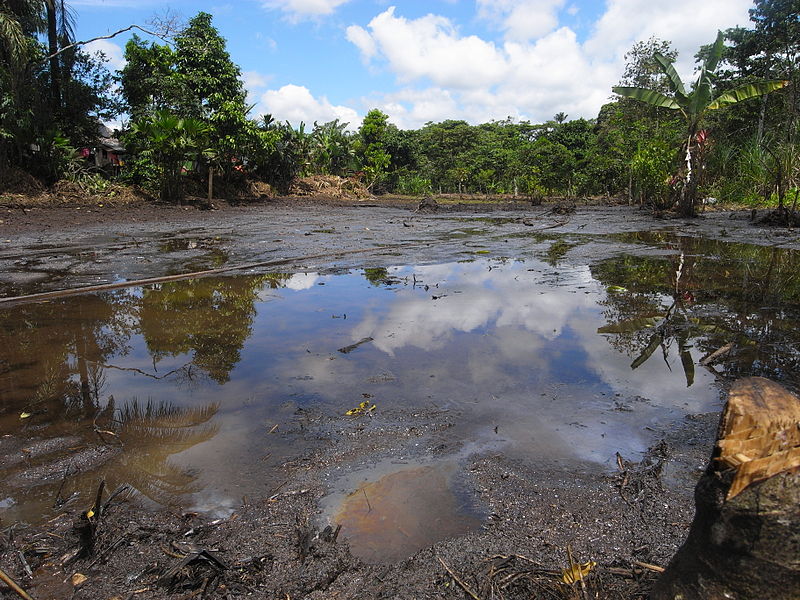 Chevron is using the investor-state system to avoid paying $18.2 billion to residents of the contaminated Lago Agrio region in Ecuador (pictured above).

As global criticism of the investor-state dispute system mounts, Ecuador is taking concrete steps to secede from pacts that enshrine this system, which exposes the country to direct attacks on its public interest policies from foreign investors.  In 2009, Ecuador formally withdrew from the International Centre for Settlement of Investment Disputes (ICSID), an institution which facilitates foreign corporations' legal claims against sovereign governments' policies. On Monday, President Rafael Correa put forth a bill to request that Ecuadorian lawmakers annul Ecuador's Bilateral Investment Treaty (BIT) with the United States, declaring that such treaties “favor foreign investors over human beings.”

The U.S.-Ecuador BIT binds Ecuador to the controversial investor-state system, which uniquely empowers foreign investors to directly challenge a country’s environmental, health, and other public interest laws by claiming that they violate BIT-created investor privileges and threaten “expected future profits.” These cases skirt national court systems and are instead decided by private three-person tribunals composed of arbitrators who bill by the hour. If a corporation wins, taxpayers of the losing country are expected to foot the bill, with no cap on the awarded amount (and even if a country “wins,” they often have to pay exorbitant court fees).

Ecuador has seen some of the most egregious examples of these cases, so it is not surprising that President Correa would want to protect Ecuador’s citizens from further lawsuits.  For instance, after 18 years of persistence, residents of Lago Agrio in the Ecuadorian Amazon won a historic ruling of $18.2 billion dollars against Chevron for the massive contamination of the region between 1964 and 1990 which is alleged to have caused a cancer epidemic and decimated local indigenous groups.  Instead of complying with the Ecuadorian court’s ruling, Chevron has so far made good on its promise of "a lifetime of appellate and collateral litigation" in order to avoid paying out the award.  To evade justice, Chevron launched an investor-state case against Ecuador under the same U.S. BIT that Correa now seeks to annul.  The tribunal in that case ordered the Ecuadorian government last year to interfere in the operations of Ecuador’s independent court system so as to stop enforcement of Chevron's $18.2 billion penalty.

To add insult to injury, last October Ecuador was slammed with a record $1.8 billion judgment in a case filed by Occidental Petroleum -– the highest amount to ever come out of an ICSID tribunal. The company launched the case against Ecuador under the same U.S. BIT that Correa hopes to annul.  Occidental asked for billions in damages after the company violated a contract with the government, prompting the government to terminate Occidental's investment as contemplated by Ecuadorian law.  To impose a $2.4 billion penalty on Ecuador's taxpayers (including interest and fees), the investor-state tribunal employed astonishing leaps of logic that a dissenting member of the tribunal described as "egregious."

Ecuador is not alone in its resistance to the harmful investor-state system. As the “egregious” judgments continue to pile up (tribunals have already awarded over $3 billion to foreign corporations under U.S. BITs and free trade agreements, and more than $15 billion is still pending), more countries are denouncing the investor-state system:

Unfortunately, a leaked draft text of the investment chapter tells us that these harmful rules are being replicated and expanded under the Trans-Pacific Partnership (TPP), a NAFTA-style "free trade" agreement currently under negotiation between the U.S. and 10 Pacific Rim nations. Australia, a TPP negotiating Party, has already refused to be subjected to investor-state dispute settlement as part of the deal, and other TPP negotiating Parties have grown increasingly wary of the prospect.  Now more than ever, it is crucial that other countries join the lead of Ecuador, Australia, et al. and refuse to bind themselves to a radical system that puts their environmental quality, public health, and sovereignty at risk.

Inequality, empire, and war are all our enemies. Extractive industries from coal mining to oil drilling are dangerous occupations and employ few people, mostly temporary workers. Working on renew-able energy, and going from a throw-away economy to a recycling economy would employ more people in more economically and environmentally sustainable jobs longer term. It might make extractive industries obsolete.