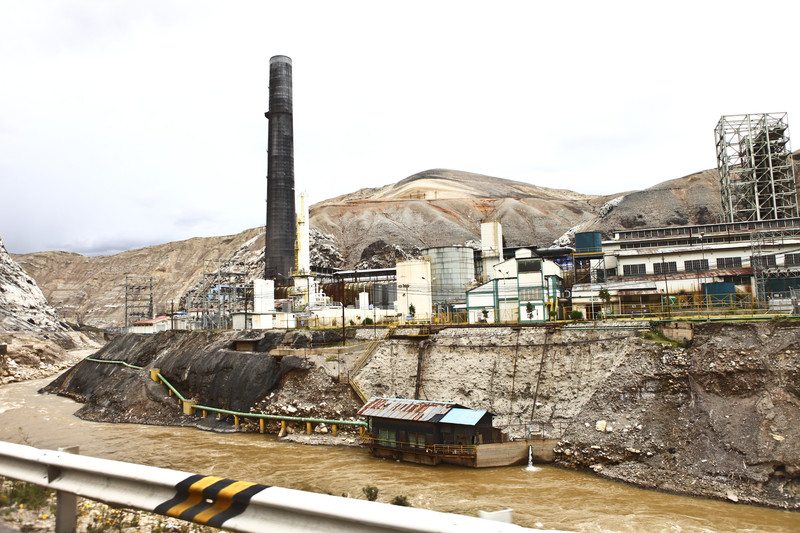 Today, Bloomberg published an in-depth piece highlighting the secretive public policy “coup d’etat” that allows corporations to use trade agreements to attack domestic health, environmental, and other public interest policies they feel undermine their ability to make a profit. The use of this "investor-state" system, which was once considered a last resort for companies that had been wronged by countries with weak legal infrastructure, has exploded in recent years as a first-resort way to circumvent strong domestic legal systems. In 2012, corporations used the system to launch a record-breaking 62 new cases against sovereign governments.

Outlined in the article are some of the most egregious cases, including that of Doe-Run/Renco, the company that, after refusing to fulfill its contractual obligations to clean up the pollution of a lead smelter that caused lead poisoning in 99.7% of the community’s children, is now suing Peru under the Peru-U.S. "free trade" agreement (FTA) for $800 million. The story also mentions the record-breaking $1.8 billion judgment that Occidental Petroleum Corp. won against Ecuador last year -- a staggering penalty imposed on Ecuador's taxpayers that amounts to 16% of the country’s external debt.

As the number of investor-state cases balloons, more and more countries are expressing concerns and opting out of investor-state provisions. Despite U.S. pressure, Australia has refused to be a party to the investor-state provisions in the Trans-Pacific Partnership (TPP).  In April, 12 Latin American governments met at a summit focused on investor-state concerns, resulting in a declaration by seven of the governments to coordinate efforts to replace the investor-state regime.  Bolivia and Venezuela have already pulled out of the International Centre for Settlement of Investment Disputes (ICSID), and in March, Ecuador moved to annul its Bilateral Investment Treaty (BIT) with the US.  Other countries such as Brazil, India, and South Africa have either outright rejected the investor-state regime or have made strides to abolish investor-state clauses. Hopefully, these steps forward, combined with increased media attention, will motivate more countries to discard harmful investment provisions that threaten crucial environmental, health, and regulatory policies aimed at improving the lives of the majority.

Click here to check out the full Bloomberg article.

time for them to pay back all war debts, and cover 100 % 0f all military expenditures that we taxpayers provide, we r broke and our 1.2 tril ayr in taxes and military spending is not what my forefathers envisioned for me or any of our generation. Our constitution calls for the defense of the homeland. Not of the free world,,when Kuwaiti provides all medical from birth til death ,,all education incl 4 yrs of college, pay no taxes but get a cut in oil revenue from their monarch,,and we r taxed to death ,,just WTF is going on !!