Home Archives Subscribe Back to TradeWatch.org
Obama's Top Trade Official Nominee: The Good, The Bad, and The Ugly
New Report: How the U.S.-EU Trade Deal would Grant Sweeping Corporate Privileges

Verizon Sees “Trade” Deal as the Next “Share Everything” Plan

Corporate events in Washington have been abuzz with talk of two new “trade” agreements: the Trans-Atlantic Free Trade Agreement (TAFTA) between the U.S. and EU, and the Trade in Services Agreement (TISA) involving the U.S., EU and 20 other countries.  Both deals aim to use World Trade Organization rules hatched in the deregulation-happy 1990s as the blueprint for restricting the regulation of service sectors such as telecommunications.

Why should we care about “trade” rules impacting telecommunications policies?  In a word: privacy.  Last week’s landmark leak from Edward Snowden revealed that the U.S. National Security Agency is indiscriminately spying on Verizon customers’ telephone records. This week, a Verizon representative speaking on a pro-TISA panel expressed the company’s hope that the “trade” deal can be used to keep privacy policies in check.  (It was perhaps not the most couth timing for Verizon-produced criticism of privacy protections.) 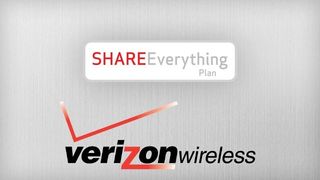 The Verizon rep was probably most disgruntled about privacy policies in the EU, a negotiating member of TISA and TAFTA.  The EU’s data privacy protections are significantly more rigorous than those in the U.S. in ensuring that private data can be kept private.  And EU law requires U.S. corporations to meet seven privacy criteria before transferring Europeans’ phone, health, and financial records to the United States, in part due to (now confirmed) fears that the U.S. government could access the private data under the broad provisions of the Patriot Act.  But it appears that Verizon would now like to place these EU cross-border data privacy protections in TISA’s crosshairs.  During the TISA event, the Verizon rep stated that the deal should be used to “make sure that privacy rules do not undermine these seamless data flows” between other TISA countries and the U.S.

As much of the country criticizes the NSA for secretly collecting private phone records from everyone with a Verizon phone, Verizon itself is taking a different tack: naming “privacy rules” as excessive and “seamless data flows” as insufficient.  They seem to have the diagnosis backwards.

But through TISA and TAFTA, Verizon clearly hopes to advance that diagnosis, using the deals as a second "Share Everything" plan: an opportunity to impose a ceiling on data privacy protections for the company’s convenience.

The NSA-Verizon scandal will not help their cause.  U.S. trade officials acknowledged this week that the Verizon data handover, along with NSA’s PRISM spying program, is fueling criticism in Europe of the proposed “trade” deals.  It turns out that the Europeans aren’t too anxious to “seamlessly” transfer their personal information to servers falling under blanket government surveillance.  Having already unwittingly handed over our own information, that's a position those of us in the U.S. should understand.