Home Archives Subscribe Back to TradeWatch.org
"Final" TPP Round Not Final: Are Even More Secretive Talks Ahead?
Colombia Uprising: Is This What "Free Trade" Looks Like?

The Obama administration has drawn sharp criticism from leading health organizations, U.S. state representatives, and New York mayor Michael Bloomberg by caving to pressure from Big Tobacco to abandon safeguards for tobacco control policies in the Trans-Pacific Partnership (TPP), the pending "free trade" deal with 11 Pacific Rim countries. The administration has scrapped a proposal to provide a "safe harbor" for tobacco control measures.

Instead the administration will issue a proposal in the current Brunei round of TPP negotiations that clears a path for tobacco corporations to use the TPP to directly challenge governments' progressive public health measures.

In response to the announcement, a major victory in tobacco corporations' effort to use TPP-like deals to roll back anti-smoking safeguards, Dr. Gregory Connolly of the Harvard School of Public Health stated, "Our government’s trade policy is promoting the tobacco epidemic." 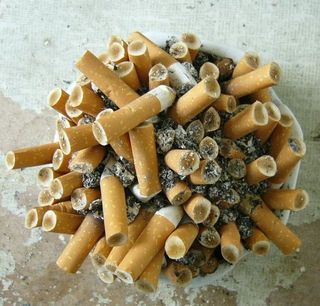 The American Cancer Society, the American Heart Association, the American Lung Association, and the Campaign for Tobacco Free Kids denounced the Obama administration’s decision to cave to Big Tobacco's TPP demands at the expense of public health. Legal and health experts at the Harvard School of Public Health, Georgetown University Law Center, and Action on Smoking and Health blasted the TPP proposal, finding it "will do little to protect governments’ right to regulate tobacco." The state of Maine's Citizen Trade Policy Commission concluded, "it would be better to not offer this text at all than to give the false impression that the United States is serious about protecting government authority within the TPP to regulate tobacco to protect health."

Articles spotlighting the administration’s TPP backtracking have appeared in many prominent news sources, including the Washington Post, Bloomberg, the Wall Street Journal, and Reuters.

New York City mayor Michael Bloomberg also weighed in on the TPP controversy by releasing a scathing op-ed in yesterday’s New York Times. Bloomberg noted that not only would the U.S. proposal restrict tobacco control measures and significantly decrease the price of cigarettes, but also expose TPP governments to direct "investor-state" challenges launched by tobacco corporations against public health laws:

If the Obama administration’s policy reversal is allowed to stand, not only will cigarettes  be cheaper for the 800 million people in the countries affected by the trade pact, but multinational tobacco corporations will be able to challenge those governments — including America’s — for implementing lifesaving public health policies. This would not only put our tobacco-control regulations in peril, but also create a chilling effect that would prevent further action, which is desperately needed.

He's right. The TPP's extreme investor privileges would empower tobacco corporations to skirt domestic legal systems and attack tobacco control policies before extrajudicial tribunals as a means of intimidating policymakers who would dare to enact such safeguards. The Obama administration's proposal does nothing to limit, or even to address, this empowerment of Big Tobacco.

Unfortunately, the investor-state threat is not a hypothetical one. Phillip Morris has already used such investor privileges in other treaties to attack landmark anti-smoking laws in Australia and Uruguay after failing to undermine those health laws in domestic courts.  As Andrew Martin points out in Bloomberg, Philip Morris has been leading Big Tobacco's battle to pressure the Obama administration to weaken tobacco-control safeguards in the TPP.

The Obama administration's caving to that pressure makes clear the TPP's very real threat to public health.  As Laurent Huber of Action on Smoking and Health stated, the new tobacco-friendly proposal for TPP "will mean more lives lost, both here in the US and abroad.” It is more crucial than ever to expose the TPP and to stop it from being fast tracked through Congress. Our health depends on it.

Well, what did the world expect when they signed on to the criminal corporate controlled congress? Certainly, it would take a blind and brainless idiot to trust anybody from the us plutocracy. I don't trust them as far as I can throw them as with most us idiots. They want everything while paying nothing. The us is the policeman of the world and the sooner they bow down the sooner we won't send our volunteer military to subdue the rebels like we do in the homeland. Get used to it world,we don't take any rebellious behaviour to our plutocracy. We fight dirty and obey nobody's laws as we're right about everything so shut up and bow down.