This weekend’s U.S. International Trade Commission (USITC) release of corrected 2013 year-end trade data goes a long way in explaining broad congressional and public opposition to the Obama administration’s trade agenda, which is premised on expanding to additional nations a model of trade pacts that the data show are failing most Americans. The data (graphs below) show:

A stunning decline in U.S. exports to Korea, a rise in imports from Korea, and a widening of the U.S. trade deficit under the Korea Free Trade Agreement (FTA).

A staggering U.S. trade deficit with Canada and Mexico after 20 years of the North American Free Trade Agreement (NAFTA).

“Many in Congress and the public oppose NAFTA-on-steroids “trade” agreements like the TPP and Fast Track authority to expedite them because past trade deals have proved to be so damaging. Just like today for TPP, in the past we were sold on glorious projections of these deals’ benefits but the actual data show an ever-larger drop in U.S. exports to Korea since that pact and a growing trade deficit, a massive NAFTA trade deficit and overall zero growth for U.S. goods exports relative to last year despite implementation of more-of-the-same trade deals. The White House and the corporate lobby are trying to sell Congress the TPP and Fast Track with the same old promises about export growth and job creation, but today’s data show that under Obama’s only past major trade deal with Korea on which TPP is modeled, U.S. exports dropped dramatically, imports soared and the U.S. lost more jobs to a trade agreement.” 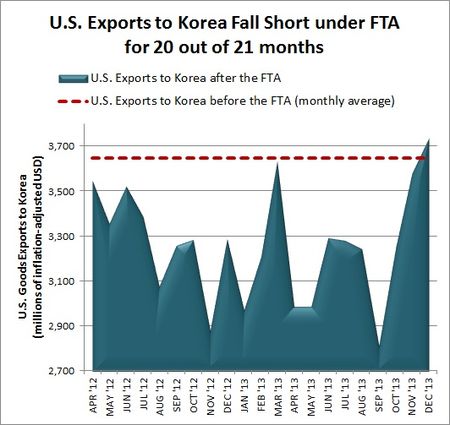 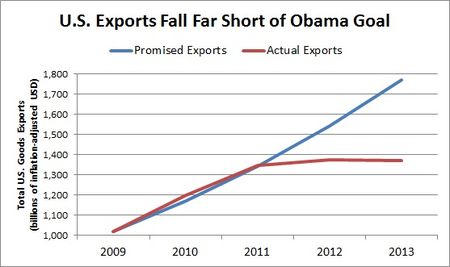 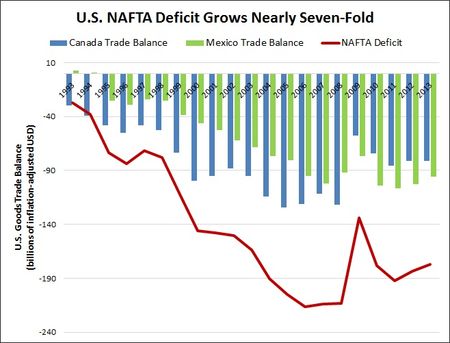