Outside of TPP Negotiations, Protestors Declare "No Fast Track Ever!" 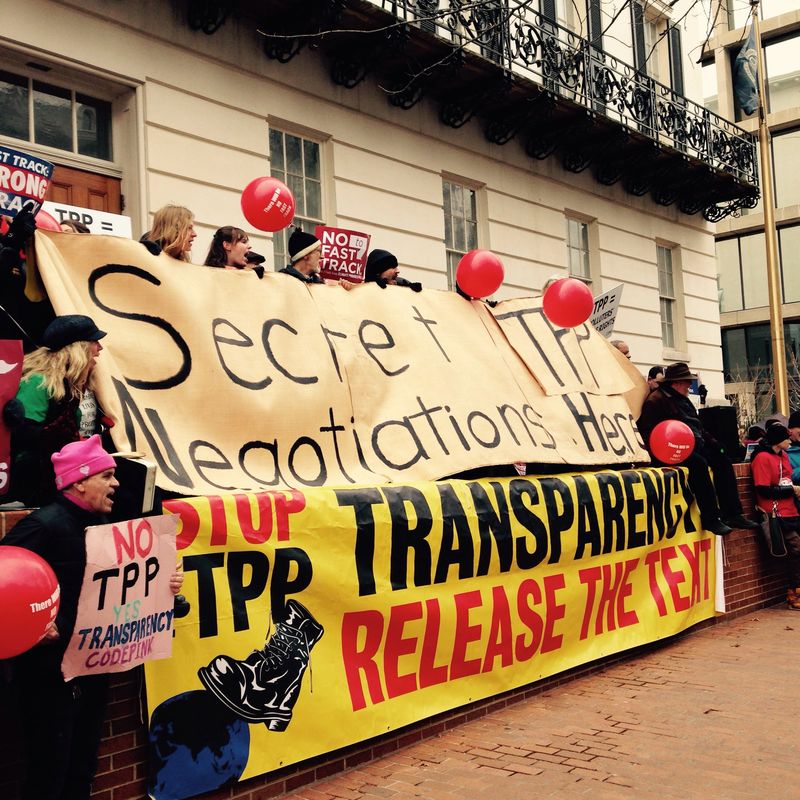 The rallying cry from the activists, who gathered in front of the United States Trade Representative’s office, was loud and clear: "No Fast Track now, No Fast Track ever!  The TPP is a lost endeavor!"

Fast Track was a controversial maneuver that allowed past presidents to railroad through Congress unpopular deals like the North American Free Trade Agreement (NAFTA).  Corporations have called for Fast Track to be revived to empower the Obama administration to unilaterally negotiate and sign the TPP before Congress gets an expedited vote, with no amendments allowed and debate strictly limited.

Fast Track faces widespread opposition in the U.S. Congress and among the U.S. public.  Though a Fast Track bill was tabled about one year ago, it has gone nowhere due to massive opposition from most Democrats and a sizeable bloc of Republicans.  This past September, nearly 600 organizations sent a letter opposing Fast Track to Chair Ron Wyden.  A poll earlier this year found that 62 percent of U.S. voters oppose Fast Tracking the TPP.

Civil society and lawmakers have good reason to reject corporations' push to Fast Track the TPP. Although it’s impossible to know the full scope of the secret deal, leaks have confirmed some of the worst speculations: the TPP would empower corporations to offshore jobs, increase the price of medicines, weaken environmental standards, and chill domestic interest laws by "suing" the government for public interest policies that frustrate their "expectations."

Given the stakes, the energy of the rally was high.  Protestors circled the building carrying signs and chanting the death knell of Fast Track and TPP: “Fast Track is a sneak attack -- we’re taking our democracy back! Good paying jobs are what we need, but TPP spells corporate greed!"

If you weren't able to make it to the rally, you can still make your voice heard by writing to your member of Congress to urge them to voice their opposition to Fast Tracking the TPP. 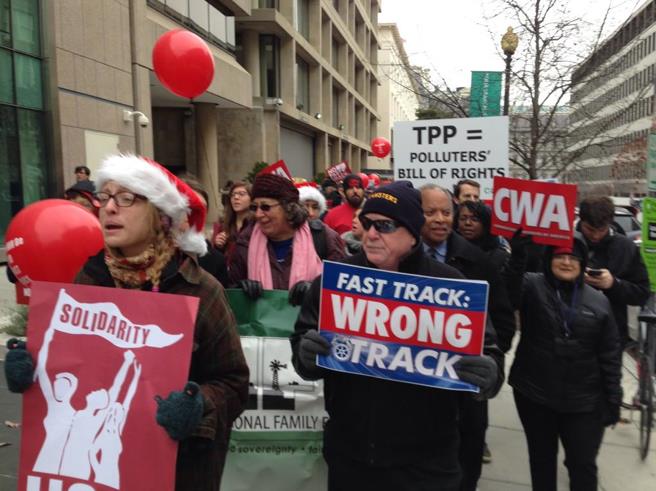