President Obama apparently has a flair for irony. He selected the headquarters of offshoring pioneer Nike as the place to pitch the controversial Trans-Pacific Partnership (TPP) trade deal in a major speech on Friday. As Obama tries to sell a pact that many believe would lead to more U.S. job offshoring and lower wages, why would he honor a firm that has grown and profited not by creating U.S. jobs, but by producing in offshore sweatshops with rock bottom wages and terrible labor conditions?

Less than 1 percent of the 1 million workers who made the products that earned Nike $27.8 billion in revenue in 2014 were U.S. workers.

Last year, one-third of Nike’s 13,922 U.S. production workers were cut. Most Nike goods, and all Nike shoes, are produced overseas, by more than 990,000 workers in low-wage countries whose abysmal conditions made Nike a global symbol of sweatshop abuses.

This includes more than 333,000 workers in Nike-supplying factories in TPP nation Vietnam, where the average minimum wage is less than 60 cents per hour and where workers have faced such abuses as supervisors gluing their hands together as a punishment. Instead of requiring Nike to pay its Vietnamese workers more or ending the abuse they endure, the TPP would allow Nike to make even higher profits by importing goods from low-wage Vietnam instead of hiring U.S. workers.

If using an offshoring pioneer to rally support for the beleaguered TPP does not succeed for some reason, here are seven other U.S. corporations that Obama might consider as equally fitting backup options:

Sure, Philip Morris International – the world’s second-largest tobacco corporation – may not be the world’s most-loved corporation, but Obama would find an enthusiastic TPP corporate sponsor in the firm.  Philip Morris has explicitly lobbied for controversial TPP provisions that would 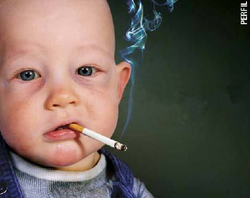 If Obama’s Nike promo falls flat, maybe he should turn to a Wall Street bank as the next TPP corporate cheerleader. It’s no surprise that Wall Street firms like Goldman Sachs love the TPP.  The deal includes 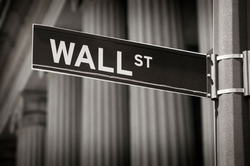 binding rules, written before the financial crisis under the advisement of the banks themselves, that would require domestic policies to conform to the now-rejected model of deregulation that led to financial ruin. And for the first time, the TPP would empower some of the world’s largest 20 banks to directly challenge new U.S. financial protections before extrajudicial tribunals on the basis that the regulations frustrated the banks' "expectations." 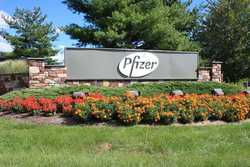 while restricting consumers’ access to cheaper generic drugs. One TPP chapter would give pharmaceutical firms expanded monopoly protections that would curb access to essential medicines in TPP countries like Vietnam, where it is projected that 45,000 HIV patients would no longer be able to afford life-saving treatment. Another TPP chapter would establish new restrictions on government efforts to cut medicine costs for taxpayer-funded programs such as Medicare, Medicaid and veterans' health programs. A third TPP chapter would empower foreign pharmaceutical corporations to directly attack domestic patent and drug-pricing laws in extrajudicial tribunals.

4.      ExxonMobil  (and other fracking corporations)

Maybe Obama’s next TPP photo op should be in front of a natural gas fracking drill owned by TPP-supporting ExxonMobil, the world’s largest publicly traded natural gas corporation. Natural gas firms are hopeful about TPP provisions likely to spur a surge in natural gas exports. For the rest of us, that would 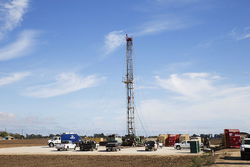 mean an expansion of dirty fracking and an increase in electricity costs. Implementing the TPP would require the U.S. Department of Energy to automatically approve natural gas exports to TPP countries, waiving its prerogative to determine whether those exports, and the resulting incentive for more fracking, would be in the public interest. As states like New York ban fracking to protect against health and environmental dangers, the TPP would move in the opposite direction. Indeed, the TPP would open the door to more “investor-state” attacks on anti-fracking protections, like the one Lone Pine Resources has launched against a Canadian fracking moratorium that prevents the firm from fracking under the Saint Lawrence Seaway.

5.      Time Warner  (and other Hollywood corporations)

Hollywood corporations like Time Warner Inc. already have been partnering closely with the Obama administration in stumping for the TPP – recent leaks reveal that the Motion Picture Association of 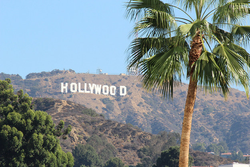 6.      Red Lobster  (and other corporations using imported fish and seafood)

U.S. chain restaurants and agribusinesses that profit from imports of fish and seafood, at the expense of U.S. independent fishers and shrimpers, could also serve as willing backers of Obama’s TPP pitch. The deal would likely reduce or eliminate U.S. tariffs on imports of more than 80 types of fish and seafood 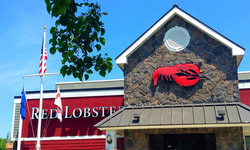 products, increasing further the already massive flow of fish and seafood imported into the United States. Even without the TPP, the U.S. Food and Drug Administration (FDA) only physically inspects less than 1 percent of imported fish and seafood for health risks, despite that the Centers for Disease Control and Prevention has found that imported fish are the number one cause of U.S. disease outbreaks from imported food. The TPP would exacerbate this public health threat by enabling more fish and seafood imports from major exporters like Malaysia and Vietnam, where widespread fish and seafood contamination has been documented. For example, the FDA has placed 193 Vietnamese fisheries on a “red list” due to risk of salmonella contamination.

If Obama is willing to use Nike to promote the controversial TPP despite its reliance on low-wage labor in Vietnam, maybe he’d be willing to also solicit TPP endorsements from the Chinese corporations that are setting up shop in Vietnam in hopes of using the TPP to undercut U.S. businesses. The Chinese and 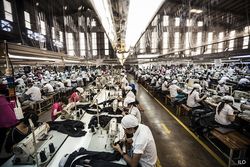 Vietnamese press report that many Chinese textile and apparel firms are now building factories in Vietnam in hopes of taking advantage of the TPP’s planned phase-out of U.S. tariffs on apparel imported from Vietnam. This not only would place U.S. textile producers in direct competition with Chinese-owned firms using low-wage labor in Vietnam, but also would eliminate the jobs of workers in Mexico and Central America who now make the clothes that were made in the United States before the North American Free Trade Agreement and Central America Free Trade Agreement. In addition, the TPP’s gutting of Buy American policies would newly empower Chinese firms operating in Vietnam to undercut U.S. businesses to get contracts for goods bought by the U.S. government, paid for by U.S. taxpayers. For all firms operating in TPP countries like Vietnam, the United States would agree to waive "Buy American" procurement policies that require most federal government procurement contracts to go to U.S. firms, offshoring U.S. tax dollars to create jobs abroad.

Free Trade
It was not free after all. It cost America's
workers their jobs. To me it seems like the
down fall of the USA.