Without compelling jobs or economic growth data to sell the Trans-Pacific Partnership (TPP), the Obama administration is trying to shift focus to an impressive-sounding number with its mantra about TPP delivering “18,000 tax cuts for Made in America exports.”

The 18,000 figure is a misdirect. The relevant question is not the number of tariff cuts other countries listed but whether the TPP would lead to net U.S. job creation, higher wages, an improved trade balance and higher U.S. growth rates. 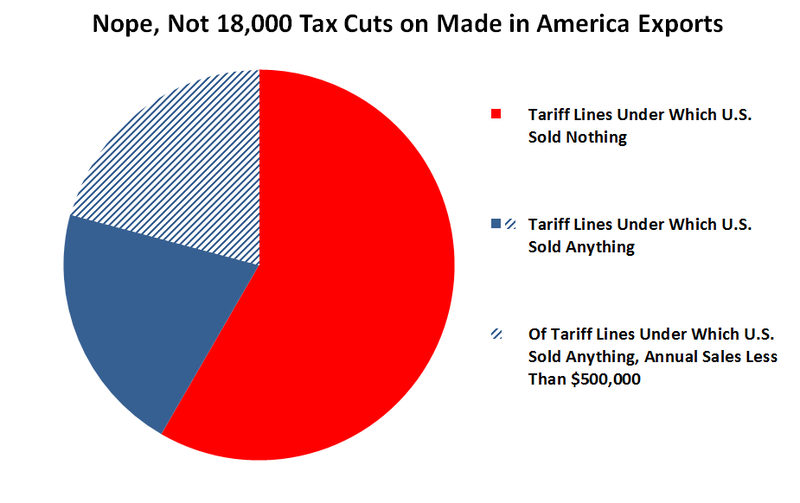 Indeed, the “tax cut” list is packed with gems. Christmas ornaments and pork for Muslim nations Malaysia and Brunei. Silkworm cocoons for Vietnam and Japan. Ski boots for Brunei. Camels for Vietnam.

With the TPP, we are currently at a crucial crossroads. We either take this time to thoroughly evaluate ISDS and its costs and benefits, which, I believe, would take us in a new and more thoughtful direction, or we simply move forward with the TPP, entrenching and expanding a failed experiment in economic policy.

I refer to ISDS as an experiment because, although it is commonly noted that there are 3,000 investment treaties around the world and, therefore, that the ISDS mechanism is nothing new, the first investment treaty with ISDS was actually not concluded until the late 1960s. Investment treaties with ISDS were not widely negotiated until the 1990s, and ISDS claims only really emerged in earnest in the late 1990s and early 2000s. Thus, we really only have roughly 15 years of experience with this mechanism. ISDS is still a new area of law. An experiment.

I note that ISDS is a failed experiment because it does not appear to have achieved three of the commonly stated objectives of the mechanism. It has not led to increased investment flows, nor to a set of predictable international legal rights for investors, nor to an increase in the rule of law in host countries.

If the TPP were concluded with ISDS, we would not only be entrenching this failed experiment, but significantly expanding it. Currently, the US only has an investment treaty with one major capital exporting state, Canada, meaning that only a relatively small share of foreign direct investment in the US – roughly 10% -- is currently protected by a treaty with ISDS. With the TPP, the percentage of covered investment will more than double; and if we continue the trend in the TTIP as well, the amount of covered FDI in the US will rise significantly to approximately 70%, and along with it, the US’s exposure to costly litigation and liability.

Now, the US has said that the experiment has not cost the Government anything, frequently highlighting the point that it has yet to lose an ISDS case. But there are a few reasons why I don’t think we should count on the past to predict the future:

Moreover, irrespective of data on wins and losses, the system of ISDS itself is fundamentally flawed in that it creates a privileged and powerful system of protections for foreign investors that is inconsistent with, and erodes, the power of domestic law and institutions.

But, even accepting the USTR’s argument that the substantive standards in investment treaties simply mirror substantive standards provided under US domestic law still does not address some of the significant concerns about ISDS. In this context, it is important to recall that ISDS allows investors to challenge actions of officials at any level of government – local, state, and federal, and conduct by any branch – executive, legislative and judicial. The fact that a measure is entirely consistent with domestic law is no defense or shield against liability.

What ISDS does is give private arbitrators the power to decide cases that, at their core, are merely questions of domestic constitutional and administrative law dressed up as treaty claims. Instead of recourse through local, state or federal domestic institutions, investors are able to take their claims to a panel of party-appointed international arbitrators and ask them to determine the bounds of proper administrative, legislative, and judicial conduct.

One might ask: what does it matter if we permit foreign investors to bring their claims against the government before international arbitrators as opposed to before domestic courts if the substantive standards of protection are the same? The answer is that it matters a great deal.

Fundamentally, supranational adjudication—where the decisions of a supranational body can penetrate deep into a domestic society—is rare and raises a host of complex legal and policy questions. Much more consideration of these issues is important before we inadvertently dilute constitutional protections, weaken the judicial branch, and outsource our domestic legal system to a system of private arbitration that is isolated from essential checks and balances. This is not to say that supranational adjudication has no place in the American legal system, but rather that ISDS is an extreme, discriminatory and unnecessary version that will have undue negative effects on our domestic law and institutions. 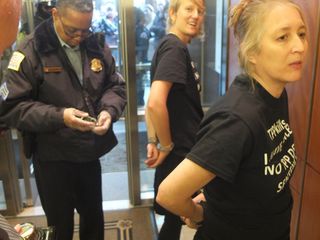 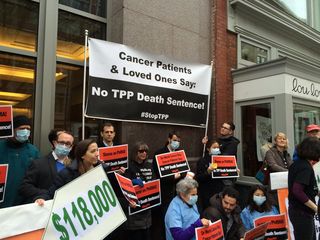 On TPP Signing Day, Activists Urge Congress to ‘Let It Go’; Frozen Themed Performance Kicks Off 48 Hours of Anti-TPP Protests Around the World 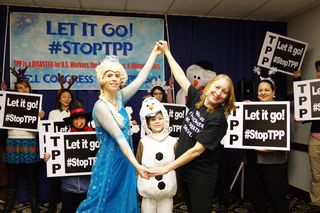 Fair Trade Princess Ilsa Performs Her Rendition of ‘TPP: Let It Go’ Accompanied by a Cast of Dozens of Frosty Friends

In a Broadway-style performance of a parody version of the Frozen anthem, Fair Trade Princess Ilsa kicked off 48 hours of national and international anti-TPP demonstrations with her rendition of “TPP: Let It Go.” Today’s event will kick off a very chilly year for the TPP in Congress, where the pact’s fate is at best uncertain. All U.S. presidential candidates with more than 5 percent support in any state oppose the deal, and vibrant TPP opposition movements are growing across the country and around the world.

The TPP parody song spotlights the secrecy of TPP negotiations and the role of the 500 official U.S. trade advisers mainly representing corporate interests. Fair Trade Princess Ilsa sang about how the TPP would make it easier to offshore more American jobs and increase inequality with Americans who would be put into more direct competition with workers in Vietnam who make 65 cents an hour:

“The TPP is all about greed
Corporations wrote the rules
Offshore jobs, lower wages
and democracy overruled”

Fair Trade Princess Ilsa, a proponent of access to affordable medicines for patients across the globe, took PhRMA to task:

Today’s “TPP: Let It Go” performance marks the beginning of protests and anti-TPP demonstrations in 30 cities across the United States and in TPP signatory countries, including a major march protesting the TPP signing ceremony in Auckland, New Zealand. With respect to the strength of the anti-TPP movement, Fair Trade Princess Ilsa sang:

“Our power’s growing, the opposition is so strong
From climate to human rights, the TPP is wrong
We won’t stand by and let the corporations win
The TPP will end up in history’s trash bin”

Before Fair Trade Princess Ilsa concluded her brief appearance at the National Press Club, after being rained out of her original performance venue in front of the White House, she had one clear message for Congress:

Here we stand
and to Congress we say:
on TPP, vote no…
… or you better watch out on Election Day!”