Public Citizen’s Global Trade Watch launches new Trade Deficit Tracker. Contrary to candidate Donald Trump’s pledge to speedily reduce the U.S. trade deficit, in Trump’s first year in office the goods trade deficit is larger than any time since 2008 and up 5 percent overall even in inflation-controlled terms from last year, with a significant jump in the China trade deficit and a 8 percent increase in the North American Free Trade Agreement deficit. Trump has not exercised his available executive authority to fulfill campaign pledges to limit imports, including those from firms that outsource jobs; label China a currency manipulator; revoke trade agreement waivers on “Buy America” procurement policies that outsource U.S. tax dollars to purchase imports for government use; or limit government contracts to firms that outsource jobs.

To document the significant increase in U.S. trade deficits under the Trump administration, Public Citizen’s Global Trade Watch has launched a new tracker. The tracker visualizes and tracks significant developments related to U.S. trade deficits with NAFTA partners (Canada and Mexico), and China respectively. Click here or on the image below to visit the tracker. 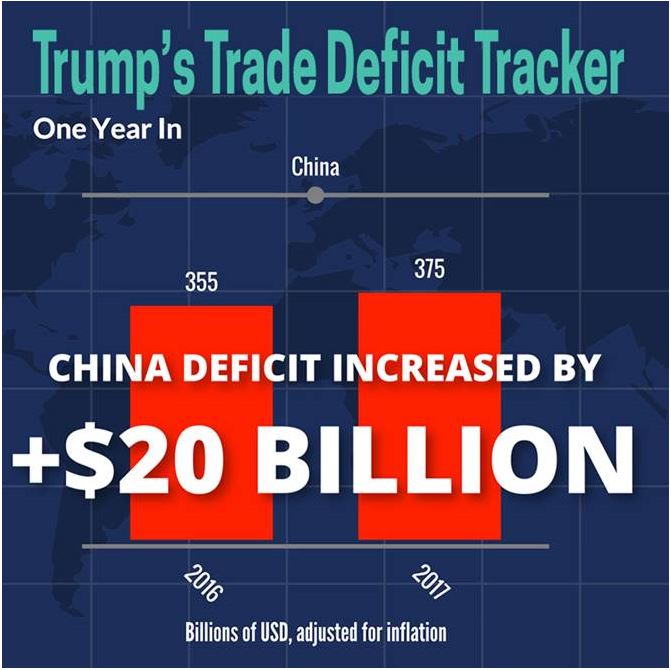