Since 2017, Hundreds of Thousands of American Jobs Were Offshored, Trade Deficit Is Up 18%

Since 2017, hundreds of thousands of additional U.S. jobs have been offshored and the trade deficit has grown, according to U.S. Department of Labor and Census Bureau data:

The manufacturing sector expansion that began in 2016 flattened in 2018, with significant declines starting early in 2019 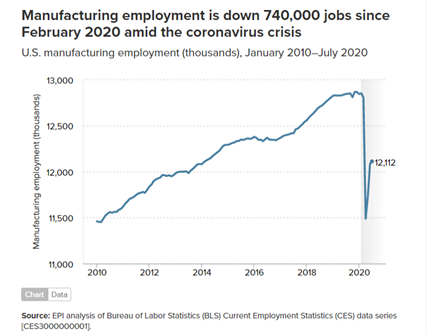