The Trans-Pacific Partnership (TPP) Investment Chapter that leaked last week has been making waves. Trade scholars, talking heads, citizens and politicians are all discussing the ramifications of this chapter, which outlines the process that multinational corporations can use to sue governments that enact laws to protect public health, workers’ rights, and the environment.

The leak of this secretive chapter has amplified the voices of bipartisan congressmen and numerous civil society organizations who have long been demanding transparency in the TPP negotiations. Huffington Post ran an article which opened on the front page and has drawn a record number of reader comments- 29,959 to date. The text of the article cites the list of calamitous effects the TPP Investment Chapter could have, including raising the cost of vital medicines and effectively ending “Buy American” preferences for domestic manufacturers. Global Trade Watch Director Lori Wallach warned that "the outrageous stuff in this leaked text may well be why U.S. trade officials have been so extremely secretive about these past two years of [trade] negotiations."

The progressive online magazine Salon ran a story warning its readers that TPP could grow “bigger than NAFTA.” Other articles have also appeared in a variety of domestic and international outlets, including RT (which also interviewed our own Todd Tucker), Inside US Trade, The New Zealand Herald, Law360, the Santiago Times and the International Economic Law and Policy Blog, among others.

Wallach has also discussed the leak on numerous radio and television programs. On the news show “Democracy Now,” Lori spoke with Amy Goodman and Juan González about the dangers of TPP as “a 'one-percenter' power tool that could rip up our basic needs and rights." She also appeared on numerous other TV and radio outlets, including the Viewpoint with Elliot Spitzer on CurrentTV, Let’s Talk About It Radio, Pacifica Radio, CounterSpin, the Dave Sirota Show, the Nicole Sandler Show, Stand UP! With Pete and Dominic, the Bill Press Show, and Sly in the Morning.

The leak has incited extremely significant dialogue, especially in Australia, which according to the leaked document would be the only TPP nation exempt from the Chapter’s provisions on investor-state tribunals.

Providing the public with access to the TPP Investment Chapter is a significant beginning step towards unearthing the secrets of the TPP negotiations and promoting awareness of the powers it bestows upon corporations at the expense of the citizens of America and the eight other TPP nations. (Or eleven, if you include this week's announcements that Canada and Mexico would join the talks.) The more exposure this document receives, the more pressure can be put upon negotiators to live up their promises of transparency.

Thanks to Jed Silver for contributing to this post.

Today on MSNBC's Morning Joe, Donald Trump launched into a tirade about the Korea FTA, unprompted.

“Have you seen what’s happened recently with the trade pact with South Korea?” said Trump. “They ask us to sign something that only a moron would sign.” 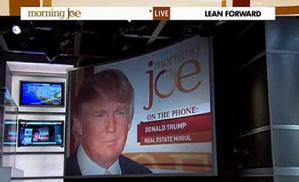 Trump went on to say, “I think that fair trade is a much better word than ‘free trade.’ I listen to these people saying, ‘Oh, that’s going to hurt free trade.’ What’s ‘free trade’ when a country has imbalances of hundreds and hundreds of billions of dollars…?”

We think The Donald has a clear message to USTR: Fix the deal, or YOU’RE FIRED!

CounterSpin, Fairness and Accuracy in Reporting's (FAIR) nationally-syndicated radio show, airs its interview with our research director, Todd Tucker, today. It sets the record straight about our new report, "Lies, Damn Lies, and Export Statistics." You can listen below; the segment begins at 18:19.

Todd was also on the Thom Hartmann Program last week talking about the report. Check it out; the segment begins 1/3 of the way through. 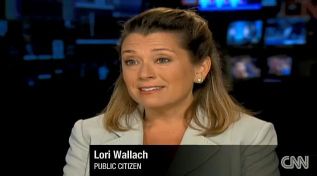 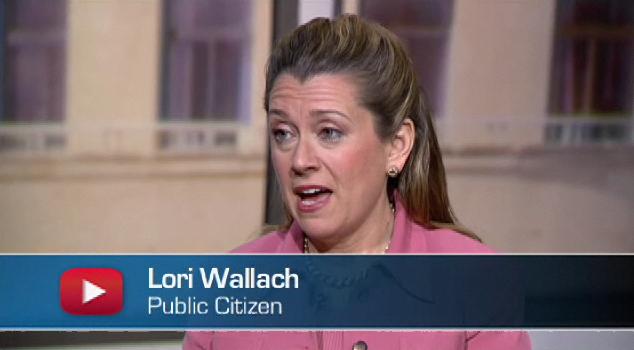